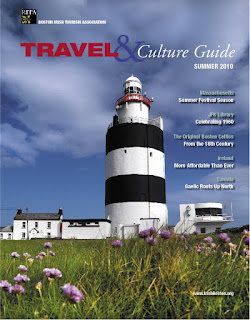 The Guide is available for free at tourism centers, museums, hotels and cultural venues across the state.  For a list of outlets, click here.

The Guide includes stories on the John F. Kennedy Presidential Library, the Boston Irish Heritage Trail, and travel stories on Ireland and the Canadian Maritimes.

For year-round information on cultural activities in Massachusetts, visit IrishBoston.org.

For details on vacationing in Massachusetts, contact the Massachusetts Office of Travel & Tourism.
Posted by irishboston.blogspot.com at 1:17 PM No comments: 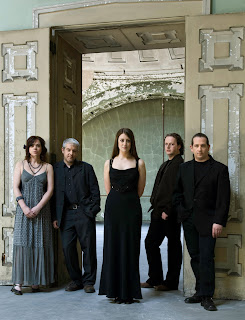 New England's Irish festival season - which runs from June through October - kicks off this weekend with the annual Worcester Irish Festival in  Central Massachusetts, from Friday, June 11 to Sunday, June 13 at the Hibernian Cultural Center.

The festival has quickly become a must-go event for the region's substantial Irish-American community, and attracts people from the six New England states, and the New York metro area.

Headlining this year's festival is Solas, a traditional quintet praised for its innovation and virtuosity, interpreting traditional dance melodies with an avant-garde sensibility.

Other headliners include Makem & Spain Brothers who are carrying on the great tradition of Irish ballad singing perfected by Tommy Makem and the Clancy Brothers.

From Canada comes the Glengarry Bhoys with their fusion of tradition, rock, folk and jazz, and Cynthia MacLeod, the fine young fiddler from Prince Edward Island.

Tickets to the festival are $15 for one day and $30 for a weekend pass, and can be purchased at the gate.

The festival is located on the grounds of the Worcester Hibernian Cultural Centre at 19 Temple Street in downtown Worcester.

For year-round events at the Hibernian Cultural Centre, visit socialweb.net/

For other Irish and Celtic festivals in New England, visit irishmassachusetts.com/festivals.
Posted by irishboston.blogspot.com at 10:29 PM No comments:

Massachusetts offers a world of ethnic festivals this summer 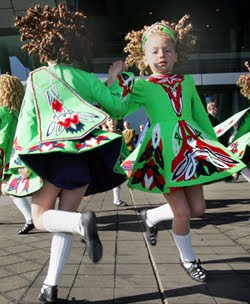 Massachusetts invites visitors to experience world culture at the 3rd consecutive WorldFest '10,  a selection of ethnic cultural festivals taking place throughout the Commonwealth this summer.

The events - ranging from Irish, Greek and Scandinavian to Chinese, Caribbean and Cape Verdean festivities -  celebrates "the world that exists in our backyard," says Betsy Wall, executive director of Massachusetts Office of Travel and Tourism (MOTT), the state tourism agency that compiled the festivals along with the Massachusetts Cultural Council.

Visitors to MOTT's WorldFest '10 website can search for ethnic festivals by name, date or region, finding dozens of festivities that bring a whole new meaning to Massachusetts as a world destination.

For details on Irish and Celtic activities in the Commonwealth, visit IrishMassachusetts.com.
Posted by irishboston.blogspot.com at 12:07 PM No comments: