Showing posts from December, 2016
Show all

2017 Upcoming Irish Shows in Massachusetts include Riverdance and More! 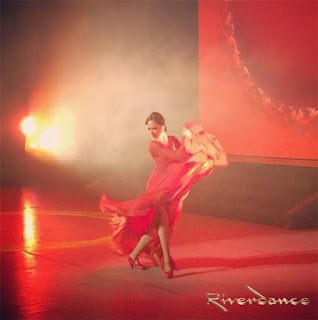 For those of you planning ahead,  the Boston Irish Tourism Association has compiled some amazing Irish concerts and performances through June 2017, including Once: the Musical; Celtic Crossings starring Phil Coulter & Andy Cooney; Irish tenor Ronan Tynan; the Red Hot Chili Pipers; fiddle maestro Eileen Ivers; and Riverdance, the exciting dance ensemble. Check out BITA's Contest Page to win tickets to any of these shows!  Or, order your tickets in advance to get great seats. For year round information on cultural activities in the New England region, visit IrishMassachusetts.com .
Post a Comment
Read more 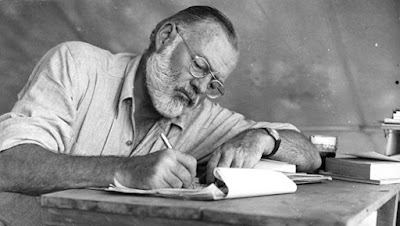 The landmark exhibition,  Ernest Hemingway: Between Two Wars , ends its successful run at the  John F. Kennedy Presidential Library  on Saturday, December 31, 2016. Showcasing the Library’s  Hemingway Collection , this is the first ever major museum exhibition ever devoted to the work and life of Ernest Hemingway.  The exhibit features rarely exhibited material, including multiple drafts of the writer’s major works, correspondence with a legendary circle of expatriate writers living in 1920s Paris , as well as photographs and a selection of Hemingway’s personal belongings.  Created in partnership with the Morgan Library & Museum in New York, the Hemingway exhibition humanizes a man who was larger than life and documents the consummate craftsmanship and discipline at the heart of Hemingway’s literary genius. Visit the John F. Kennedy Presidential Library & Museum year round.
Post a Comment
Read more

Ring in the new year at The Burren , one of greater Boston's most popular Irish pubs, located in Davis Square, Somerville. Performing in the back room is Red Square - New England's premiere cover band.  And there is excellent traditional Irish music in the front room.    Cover fee of $30 includes complimentary buffet, party favors & midnight champagne toast. You can order you tickets online so you don't have to wait in line! For year round details on Boston's Irish community, visit IrishBoston.org .
Post a Comment
Read more 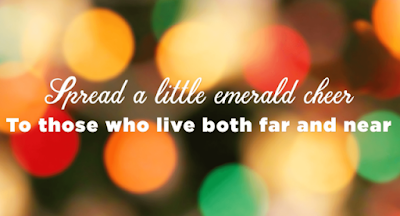 Tourism Ireland has unveiled a new  “Christmas in Ireland” video, featuring various locations around the island of Ireland, all lit up for the festive season.  The short film showcases some of the most beautiful parts of Ireland's cities, including Dublin , Belfast and Waterford – reminding prospective visitors that there’s nowhere nicer than Ireland at Christmas and wishing everyone around the world a very Happy Christmas. Here is the video.   Find out more about visiting Ireland at Ireland.com or IrishMassachusetts.com .
Post a Comment
Read more

The Boston Pops Celebrates the Holidays, Back to the Future and New Year's Eve at Boston Symphony Hall 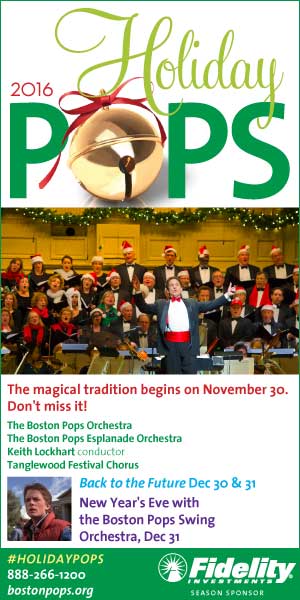 There is still time to see a great holiday concert at the 2016 Boston Holiday Pops concerts at Boston Symphony Hall, with shows taking place through Saturday, December 24, 2016. You can purchase tickets online to one of the most cherished Holiday concerts in New England.   The concerts, led by popular maestro Keith Lockhart, feature sing-alongs of Christmas favorites plus a visit from Santa Claus to the children. And after Christmas, you experience Back to the Future as never before, as the Boston Pops performs Alan Silvestri's dazzling musical score live as the film plays on the giant screen.  The show runs December 30-31, 2016. And finally, ring in the New Year on the evening of December 31 as maestro Bo Winiker conducts the Boston Pops Swing Orchestra.
Post a Comment
Read more

The John F. Kennedy Presidential Library and Museum has announced a year-long celebration to honor the 100th anniversary of the birth of President John F. Kennedy. Born in  Brookline ,  Massachusetts  on May 29, 1917, President Kennedy was the youngest president ever elected to office.  To commemorate his centennial year, the JFK Library is spearheading JFK 100 , a series of events and initiatives aimed at inspiring new generations to find meaning and inspiration in the enduring American values that formed the heart of the Kennedy presidency. “President Kennedy inspired a generation that transformed America – and they in turn passed that inspiration on to their children and grandchildren,” said Jack Schlossberg, President Kennedy’s grandson. “Now, as we mark the Centennial of my grandfather’s birth, we renew his call for service, courage, innovation, and inclusion, and help a new generation use his example to embrace the challenges of our time.” "As a teen
Post a Comment
Read more

Two amazing Irish singers - Emmy® award winning Irish tenor Eamonn McCrystal and Chloë Agnew , fan favorite of the Celtic Woman ensemble - are joining forces for a special Christmas concert on Tuesday, December 20 in Boston ’s South End. The concert takes place at the intimate Wimberly Theatre , Boston Center for the Arts, 527 Tremont Street, and is the only New England stop on their 16 city North American tour.  Here is a map for directions .  McCrystal and Agnew perform a variety of classic Christmas hymns, Irish melodies and popular songs, plus new music from their impressive repertoire, with accompaniment from a stunning live band. Here's a sneak peek . Readers of Boston Irish Tourism Association can receive a 15% discount by using promo code IRELAND when you  order tickets online . Merry Christmas.
Post a Comment
Read more 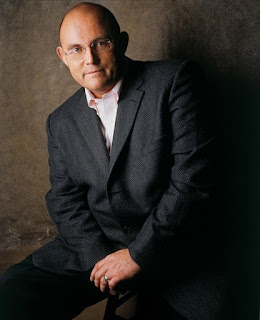 Ronan Tynan , considered one of the best Irish tenors alive, is performing at the Palace Theatre in Manchester , NH at 7:00 p.m. on Sunday, December 18, 2016. It is a perfect opportunity to celebrate the Christmas season, since Ronan performs a blend of Christmas favorites, Irish songs, and selections from the great American songbook.  His impassioned singing is sure to get you in the spirit of the Season. You can order tickets online   to ensure you don't miss out on this very popular performance.  Tickets range from $30 - $60.  Find year round details on Irish cultural activities in New England by visiting IrishMassachusetts.com .
Post a Comment
Read more 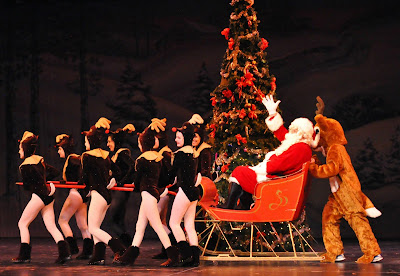 Reagle Theatre's Christmas Time   The Celtic Christmas season gets into full swing this weekend with an amazing selection of concerts taking place in Massachusetts , Connecticut, New Hampshire & Rhode Island, according to the Boston Irish Tourism Association.    Find full details at IrishBoston The Boston Holiday Pops  concert with the world-renowned Boston Pops Orchestra and led by Maestro Keith Lockhart has multiple shows on December 9-10-11 at the glorious Boston Symphony Hall,  Plus, the Boston Pops Holiday Tour traveling band performs at Hanover Theatre in Worcester on December 9; the SNHU Theatre in Manchester, NH on Saturday, December 10; and the Lowell Memorial Auditorium on Sunday, December 11. A Christmas Celtic Sojourn with radio host Brian O’Donovan kicks off on Friday, December 9 at the Cutler Majestic Theatre in downtown Boston , followed by two shows on Saturday, December 11 and Sunday, December 12.  Then Sojourn goes on the road but returns
Post a Comment
Read more 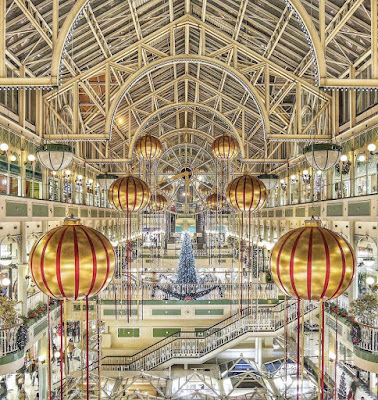 Photo: Stephen's Green Shopping Centre  Dublin, Ireland during the Christmas and New Year's holiday season is a wonderful place to be, according to the Boston Irish Tourism Association .  Families and friends reunite, shopping districts are filled with good cheer, and there are lots of musical performances to enjoy.  Plus, the city's amazing cultural treasures are easily accessible without long lines, including the Book of Kells at Trinity College, the  National Gallery of Ireland and National Library of Ireland , plus perennial favorites like a tour of the Guinness Storehouse .  Christmas melds right into Dublin's exciting  New Year's Festival , which runs this year from December 30 to January 1 and includes three days of entertainment, fireworks and bright lights as well as live music in Stephen's Green and St. Patrick's Cathedral. You can find more details by visiting  Ireland.com .
Post a Comment
Read more 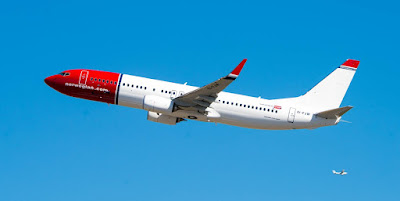 The US Department of Transportation has approved Norwegian Air International 's (NAI) application to fly round trip, direct flight service between Cork and Boston , starting in 2017. The announcement came on Friday, December 2, clearing the way for a route that had been in the works for nearly three years. Cork Airport managing director, Niall MacCarthy, said that the new route “will help grow inbound tourism, give Cork Airport ’s passengers greater choice, attract more investment to the region and improve social and cultural ties between Ireland and the US .” Norwegian Air officials said it hopes to have four-five weekly flights, depending on its popularity.  Officials say they will fly a Boeing 737-800 on the Boston-Cork route, which seats up to 189 passengers. Cork is Ireland ’s second largest city, and also has the country’s second busiest airport. Norwegian Air was rated Europe ’s Best Low Cost Airline for a fourth consecutive year by  industry we
Post a Comment
Read more 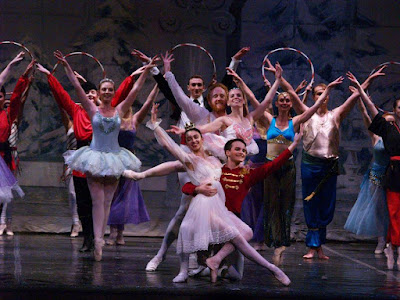