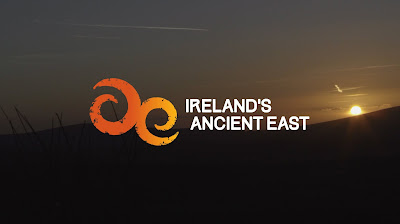 It is part of an aggressive goal to continue an impressive growth of overseas visitors that exceed 12% in 2015, and comes on the heals of the successful campaign, Wild Atlantic Way.

“With the great amount of history and heritage in such a relatively compact area, ’s Ancient East will allow us to seriously build on the assets we have in the east and south – and the significant investment which has been made in tourism attractions in the region over the last few years," said Paschal Donohoe, Ireland's Minister of Tourism.

For more information on visiting Ireland, go to Ireland.com.

Check out these Travel and Tour groups specializing in trips to Ireland.

For information about the Irish community in Massachusetts, visit IrishMassachusetts.com.

Posted by irishboston.blogspot.com at 9:48 PM No comments: 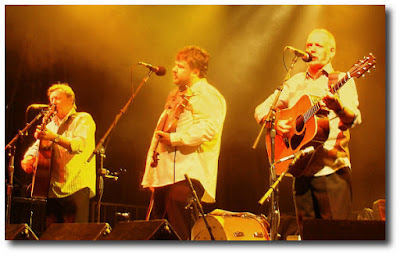 Scottish traditional trio North Sea Gas is performing at the Blackstone River Theatre in Cumberland, RI on Saturday, October 3, 2015 starting at 8:00 p.m.  Tickets to the show are $15.

The Boston Irish Tourism Association named this concert its Event of the Week for the week of September 28.

Having produced 17 albums in its 30 years as a band, Saturday's performance marks the 11th appearance of North Sea Gas at Blackstone River Theatre.

Here is a schedule of upcoming concerts this fall at Blackstone River Theatre.

Find year round information on Irish and Celtic cultural activities by visiting IrishMassachusetts.com

Posted by irishboston.blogspot.com at 7:15 AM No comments: 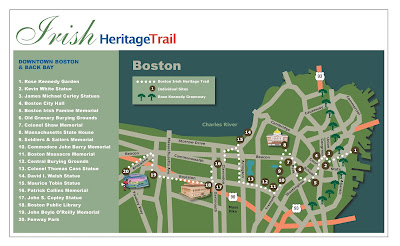 The final guided tour of the Boston Irish Heritage Trail this season is taking place on Friday, October 2, 2015.  Cost of the tour is $15 general admission, and $12 for seniors, students and military. Children 12 and under go free.

The tour winds its way through Boston Common, past the State House and down to the Irish Famine Memorial and Old City Hall, before ending up at the James Michael Curley statues in front of New City Hall.

Make your reservations here by filling in the form, or you can pay at the front desk of the Visitors Information Center right before the tour begins.

For year round information on Irish activities in greater Boston, visit IrishBoston.org

For visitor information, to to BostonUSA.com.


Posted by irishboston.blogspot.com at 2:46 PM No comments: 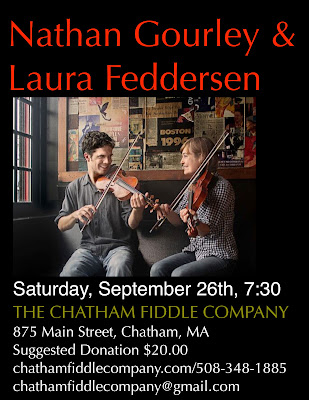 Seeped in American roots music along with Irish traditional music, the duo has performed widely across the country.  They are currently based in Boston, where they play regularly at sessions, pubs and concerts.

The Chatham Fiddle Company is run by Rose Clancy, a fine fiddler and instrument maker.  The concert is part of a series of small, intimate concerts throughout the year.

For visitor information, go to MassVacation.com.

Posted by irishboston.blogspot.com at 10:34 AM No comments: 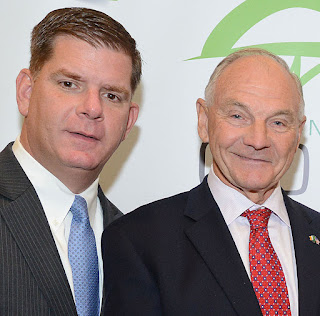 Billy Higgins of South Boston, a community leader who is renowned for helping people, organizations and neighborhoods in need, is himself being honored with the Quiet Leadership Award from the Pinch Foundation (People in Neighborhoods Can Help).

The awards ceremony is taking place from 7:00 p.m. to midnight on Friday, September 25, 2015 at Elks Club in West Roxbury.

Higgins has a long history of public service.  Born and raised in South Boston's Lower End, Higgins traveled to Limerick City in 1985 to watch his daughter Andrea compete in a track and field meet. He found himself in a tough neighborhood called Southill, which reminded him of the Lower End in Southie.  He got to know some of the people there, and before long was bringing school classes to Boston for an educational exchange.

Billy eventually set up the Southill Children's Fund to help the Limerick neighborhood, while creating a sister-city relationship between Southill and Southie that still flourishes today.

In fact, just a few weeks after receiving the Quiet Leadership Award, Billy is holding a fundraiser for the Southill Children's Fund on Thursday, October 8, 2015 at the Phillips Old Colony House on Morrissey Boulevard in Dorchester.  Suggestion donation is $75 and 100% of the proceeds go to the children of Southill.

Ray Flynn, former Mayor of Boston and U.S. Ambassador to the Vatican, has this to say about his life-long friend and neighborhood, when Billy received the Golden Bridges Award from the Irish Echo last October

"I saw what Billy did in Southill and in South Boston and he deserves our gratitude and praise," Flynn said.  "We celebrate the cherished and special bond we have with the people of Ireland today and we thank all those who continue to keep the flame of hope burning.  Bill has helped keep that flame burning and we thank him for all that he has done."

Also, Flynn continued, "Billy Higgins is a loyal and devoted family man and friend. He has a big heart and always willing to help others. In honoring Billy, you must also recognize the moral strength behind him, his wife Rachel."

For year round information on the Irish in Boston, visit IrishBoston.org.


Thanks to Paul Feeney, publisher of Boston City Paper, for supplying additional information for this blog post.

Posted by irishboston.blogspot.com at 5:23 PM No comments: 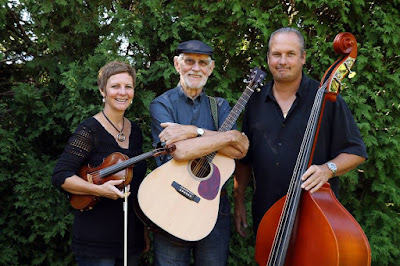 The Gaelic Roots program at Boston College is presenting a concert of traditional Irish music with fiddler Rose Clancy, along with her father, guitarist Gene Clancy and her brother John Clancy on upright bass.

The concert, which is free and open to the public, takes place at the Theology & Ministry Auditorium on the Brighton campus, located at 117 Lake Street.  Here is a map with directions.

A longtime fiddler and fine maker of musical instruments, Rose is proprietor of the Chatham Fiddle Company on Cape Cod.

Gaelic Roots is led by Irish fiddler, teacher and scholar Seamus Connolly, the Sullivan Artist in Residence at Boston College.

Find year round information on Irish activities in New England by visiting IrishMassachusetts.com.

Posted by irishboston.blogspot.com at 6:01 PM No comments: