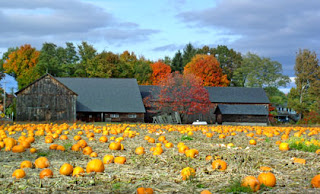 Central Massachusetts is synonymous with apple & pumpkin picking.   You can find a complete list of "pick your own" farms and orchards can be found at MassGrown.

Be sure to travel along Routes 16, 122 & 140, making stops at the  Blackstone Valley Heritage State Park and Purgatory Chasm as well as driving  through the Quabbin Reservoir State Reservation and across the Windsor Dam.

In the next installment of the state's foliage alerts, we'll be moving across the state, along with the color, to highlight Greater Boston and the eastern parts of Massachusetts.

For more tourism information, visit MassVacation.com.
Posted by irishboston.blogspot.com at 11:34 AM No comments: Links to this post

Boston-based Irish-American singer Pauline Wells is leading a musical tribute to American war veterans at the Wilbur Theater in downtown Boston on Friday, November 12, 2010 at 8:00 p.m.

Tickets to the show are $30 - $40 and can be ordered online at Ticketmaster.

The show benefits a local charity, Cops for Kids with Cancer.

For year round Irish music in Massachusetts and the New England states, visit IrishMassachusetts.com.
Posted by irishboston.blogspot.com at 9:39 AM No comments: Links to this post 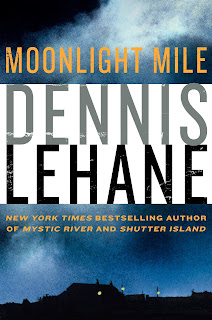 Best-selling author Dennis Lehane is reading from his new book, Moonlight Mile, at the Boston Public Library on Thursday, November 4, 2010 at 6:00 p.m.   The reading, part of the Lowell Lecture Series sponsored by the Lowell Insitute, is free and open to the public.

Moonlight Mile, published by HarperCollilns, is a sequel to Gone, Baby, Gone, and brings back the popular fictional characters Patrick Kenzie and Angela Gennaro.

For a full schedule of lectures at the BPL, click here.

For year round cultural activities in the Boston area, visit IrishBoston.org.
Posted by irishboston.blogspot.com at 11:00 AM No comments: Links to this post 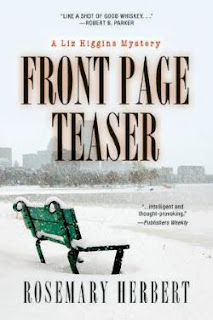 The Briar is a fitting place for a book launch, since some of the story's action takes place at the Irish pub's famous Monday night traditional music session led by ace fiddler Larry Reynolds and members of Comhaltas Ceoltoiri Eireann.

Front Page Teaser is published by Downeast Books and is available online for $14.95.  Herbert was a long time book review editor of the Boston Herald and an authority on mystery writing.

For more Irish cultural events year round in Massachusetts, visit IrishMassachusetts.com.
Posted by irishboston.blogspot.com at 3:35 PM No comments: Links to this post

Irish Film Festival Boston is presenting a screening of A Shine of Rainbows, a film by Vic Sarin starring Aidan Quinn and Connie Nielson, at the Patriot Cinemas Loring Hall Cinema, 65 Main Street, in Hingham, MA on Thursday, October 21, 2010, at 7:30 p.m.

Tickets are $9 and can be ordered online.  The film is rated PG.

For year round Irish events in Massachusetts, visit IrishMassachusetts.com.
Posted by irishboston.blogspot.com at 3:12 PM No comments: Links to this post 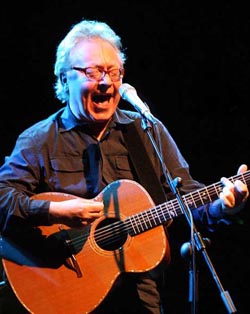 Paul Brady, acclaimed singer and songwriter from Northern Ireland, is performing at the Somerville Theatre in Davis Square, Somerville, on Friday, October 22, 2010 at 8:00 p.m.

The concert is presented by World Music/CRASH Arts, a non-profit group that brings in the best of world music to the Boston area.  Tickets are $28 and can be ordered online.

The Boston Irish Tourism Association is also raffling off a free pair of tickets.  To enter the contest click here.

Brady's beautiful renditions of 19th century Irish ballads like Arthur McBride and Lakes of Pontchartrain have ensured his place as one of the leading interpreters of Irish music in his generation.  And he is also a highly regarded songwriter whose compositions have been recorded by Santana, Bonnie Rait, Tina Turner, and Phil Collins.

For a complete schedule of concerts by WorldMusic/CRASHArts, click here.

For year round Irish music and culture in Massachusetts, visit IrishMassachusetts.com.
Posted by irishboston.blogspot.com at 2:25 PM No comments: Links to this post

One of Boston's newest acoustic ensembles, Annalivia, performs this Saturday, October 16, 2010 at the Blackstone River Theatre in Cumberland, RI.  The show starts at 8:00 p.m. and tickets are $12 in advance and $15 at the door.

The band combines an Anglo-Celtic singing and fiddle repertoire with Appalachian and Cape Breton traditions.


For a complete schedule of concerts at Blackstone River Theatre, click here.

For year round Irish and Celtic concerts throughout New England, visit IrishMassachusetts.com.
Posted by irishboston.blogspot.com at 4:46 PM No comments: Links to this post


The Greater Boston Convention & Visitors Bureau (GBCVB) is leading the charge to make the United States a host country for the 2018 and 2022 FIFA World Cup Soccer tournaments, and Boston one of the host cities.

Here are excerpts from its marketing campaign:
"With just under two months to go before a decision is made on the host countries for the 2018 and 2022 FIFA World Cup™, Boston needs  you to join us in signing "The Game Is In US" petition to demonstrate that Boston has the most support to bring the FIFA World Cup™ back to the United States and our region.

"The FIFA World Cup™ is the largest sporting event in the world.

"Though Boston is one of the 18 cities to be included in the United States bid, ultimately not all 18 cities will host games if the United States is selected.  Competition to serve as a host city is fierce and we need more signatures to move up on the city leaderboard .

"Whether you are a soccer player, a coach, a fan, or someone that just loves Boston, now is the time to show that the citizens of Boston and New England are passionate about soccer and our destination, and are dedicated to bringing the FIFA World Cup™ back to the U.S. and to Boston. Sign the petition today and encourage everyone you know to do the same, and when the 2018 or 2022 FIFA World Cup™ is in Boston, declare proudly "THE GAME IS IN BOSTON and I helped make it happen!" 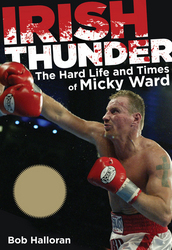 Micky Ward came up on the hard streets of Lowell and fought his way up through the ranks of the boxing world, earning a place in history through his three epic duels with fighter Arturo Galli.

Bob Halloran's book, Irish Thunder, the Life and Times of Micky Ward, is coming out in a new paperback edition on October 19 from Globe Pequot Press.

In December, Ward's life will be on the big screen with the release of The Fighter, staring Mark Wahlberg and Christian Bale.

Since hanging up the gloves, Micky Ward is now training other young fighters and also has a charitable organization to help children and their families.
Posted by irishboston.blogspot.com at 12:04 PM No comments: Links to this post 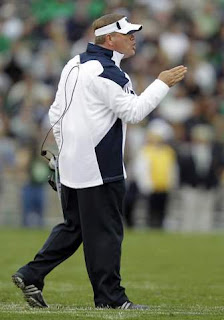 The first-year coach of the University of Notre Dame Irish football team, Brian Kelly, has returned to his Boston Irish-American beginnings this weekend as his team takes on the Boston College Eagles.

Born in Everett, Mass, Kelly grew up in Chelsea, a working class city bordering Boston, and spent his formative years in the Bay State. His father, Paul Kelly Sr, served as an alderman on the Chelsea City Council.

After attending St. John's Prep School in Davners, MA, Kelly attended Assumption College in Worcester, where he played football and became a three-year defensive coordinator for the team upon graduating in 1983. He's been a football coach since then, working his way around the country and leading the University of Cincinnati football program to a 34-6 record from 2007-09.

Kelly has been described as "a winner everywhere he goes" in a profile published by the Worcester Telegram.

In an interview with ESPN reporter Mark Schlabach, Kelly described a painting hanging in his office entitled The Original Fighting Irish:

"You don't see faces.  You see blue-collar.  You see a bit of a swagger.  You see toughness.  Growing up as an Irish Catholic in Boston, that's what I remember Notre Dame being.  That's been one of our goals every day - to get that fight back in the Fighting Irish.  It's good because that's who I am anyway."
Posted by irishboston.blogspot.com at 6:34 PM No comments: Links to this post 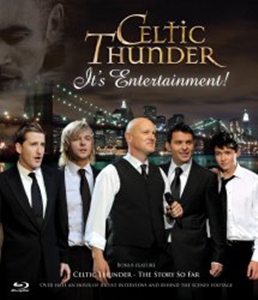 The popular Irish vocal group Celtic Thunder, a perennial star of Public Television, is performing in New England concert venues next week, as part of a 70-show North American tour.

The Boston Irish Tourism Association (BITA) is raffling off free tickets to the shows in Manchester, Springfield and Boston!  To enter the contest, click here.  BITA will notify winners directly and also post results on the web site so be sure to check back.

Celtic Thunder is on the Decca Record Group label and is hailed as Billboard's Top World Music Artists, with over 600,000 recordings sold.

For year round Irish music in Massachusetts and the New England states, visit IrishMassachusetts.com.
Posted by irishboston.blogspot.com at 10:40 AM No comments: Links to this post