Our Lady of Knock Basilica

Two hundred parishioners from the Archdiocese of Boston and other parts of New England are in Ireland this week to visit the Shrine of Knock in County Mayo.

The Boston-Knock pilgrimage is being led by Sean Cardinal O'Malley, Archbishop of Boston, and includes former US Ambassador to the Vatican Ray Flynn and his wife Cathy, as well as Irish American leader Brian O'Dwyer, who is international chairman of Ireland West Airport at Knock.

Cardinal O'Malley officiated at the national re-dedication ceremony of Our Lady at Knock on July 16th, to mark the 40th anniversary of the Basilica.  The mass was attended by Ireland's Taoiseach Enda Kenny and US Ambassador to Ireland, Kevin O'Malley.

Violent eruptions around the world - most recently in Nice, Turkey and Dallas - were on the minds of the pilgrims as they prayed for peace at the Shrine of Knock.

"Let us pray for peace in our world, an end to violence, terrorism and hatred," Cardinal Sean said during his homily.  He praised Knock as "the place were Ireland's faith is nourished," and evoked the 1979 visit of Pope John Paul II, who called Knock, "a special encounter between God and human beings." 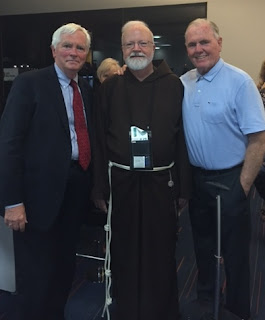 Ambassador Flynn, who represented Boston Mayor Marty Walsh on the trip, said the pilgrimage of Bostonians to Knock, "reminds all of us who we really are.  We are not white or black, rich or poor, believer or atheist. We’re all Americans who want to make our nation safe for everyone."

The seven-day trip runs from July 14-21 and was organized by Cara Group Tours in Quincy and Crystal Travel in Boston.

Posted by irishboston.blogspot.com at 1:35 PM No comments: 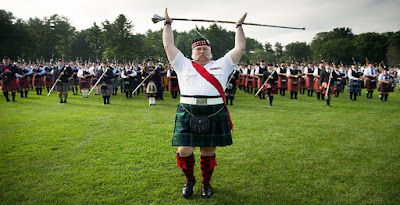 Scottish culture and pride is on display at the 23rd annual Glasgow Lands Scottish Festival, taking place on Saturday, July 16, 2016 at Look Park in Florence, Massachusetts.

The Boston Irish Tourism Association has named it the Event of the Week in Massachusetts.

In addition, enjoy historic reenactments with the Historic Highlanders.

Among this year's headliners are Enter the Haggis, Albannach, Soulsha, Screaming Orphans and Charlie Zahm.  Read details on the bands here.

In addition, there is a gathering and promenade of Scottish clans and societies.

The festival is located outside of Northampton.  Here are directions.

Find year round details on Irish, Scottish and Celtic activities at IrishMassachusetts.com.

Posted by irishboston.blogspot.com at 11:27 AM No comments: 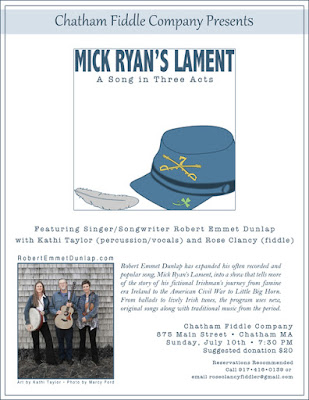 Dunlap is joined by Kathi Taylor on percussion, and Rose Clancy on fiddle.

The musical journey travels from famine-era (1840s) to the American Civil War (1861-65) to Custer's Last Stand (1876). Featuring Irish ballads and lively Irish dance tunes, the program uses original songs along with traditional music from the period.

Suggested donation is $20, payable at the door.

Find details on Irish activities year round by visiting IrishMassachusetts.com.

Posted by irishboston.blogspot.com at 4:34 PM No comments: 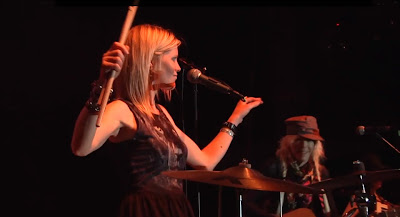 The Boston Irish Tourism Association has a calendar of Irish, Scottish and Celtic-infused music festivals taking place this summer in Massachusetts, Rhode Island and New Hampshire.

Among the top performers Eileen Ivers at the Cape Cod Melody Tent; Natalie MacMaster and Donnell Leahy at the Lowell Folk Festival; Enter the Haggis and Soulsha at the Glasgow Lands Scottish Festival; Aoife O'Donovan at the Newport Folk Festival; Kevin Crawford and Cillian Vallely and Girsa at the Celtic Sojourn Festival in Lowell; and the Glengarry Bhoys at the Highland Games at Loon Mountain.

The Screaming Orphans from Donegal (pictured above) are performing at the Cape Cod Melody Tent and the Glasgow Lands Festival.

Find other concerts throughout the summer by visiting IrishMassachusetts.com.

Posted by irishboston.blogspot.com at 8:38 AM No comments: 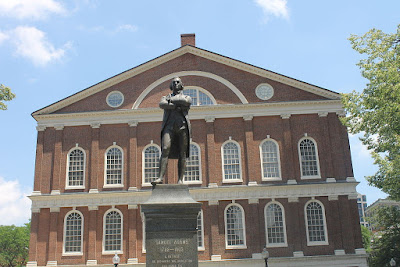 Raymond L. Flynn, former U.S. Ambassador to the Vatican and Mayor of Boston, is giving the oration at this year's Independence Day celebrations at Faneuil Hall in Boston on Monday, July 4, 2016.

Mayor Martin J. Walsh made the announcement, stating, "Through his lifelong commitment to public service, Ray Flynn embodies the spirit of . Ray has dedicated his career to his country, and the people of , and I am pleased to welcome him back to Faneuil Hall to celebrate Independence Day."

The Boston tradition of giving an Independence Day oration dates back to 1783, when a town meeting passed this order, which provided that:


"The anniversary of the Fourth of July, 1776, a day ever memorable in the annals of this country for the Declaration of Independence) shall be constantly celebrated by the delivery of a public oration, in such place as the town shall determine to be more convenient for the purpose, in which the orator shall consider the feelings, manners, and principles which led to this great national event, as well as the important and happy effects, whether general or domestic, which already have, and will forever continue, to flow from this auspicious epoch.”

Dr. John Warren gave the oration in 1783, and since then a number of prominent Bostonians have given the annual Independence Day oration, including John Quincy Adams, Massachusetts Governor David I. Walsh, and John F. Kennedy.

"This 4th of July, I am proud to recognize all the dedicated and loyal Americans who continue to work hard, defend our nation, raise strong families and play by the rules. Our active citizens are what makes the great country is it," said Ambassador Flynn. "I'm delighted to join Mayor Walsh for the historic Faneuil Hall Oration in celebration of Independence Day."

Here is a schedule of activities on July 4 leading up to the oration.

Find year round details on the Irish community in Massachusetts at IrishMassachusetts.com.


Posted by irishboston.blogspot.com at 4:57 PM No comments: