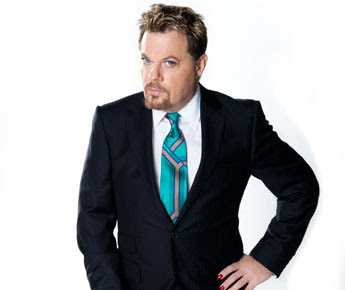 English stand-up comedian Eddie Izzard is performing at Tanglewood on Thursday, August 27, 2015 at 7:00 p.m., as part of the Popular Artist Series.  Tickets to the show are available to order online.

Known for his outrageous and absurd brand of comedy, Izzard began his career at London's famous Comedy Store in the 1980s, before starting his own club Raging Bull.  His one-man shows led to a variety of television appearances on shows like The Good Wife and the United States of Tara.

Here is a schedule of other performances taking place at Tanglewood through Labor Day.

The Boston Irish Tourism Association named this show the Event of Week in Massachusetts.

For information about visiting Massachusetts, go to MassVacation.com.

Posted by irishboston.blogspot.com at 10:20 PM No comments: Links to this post 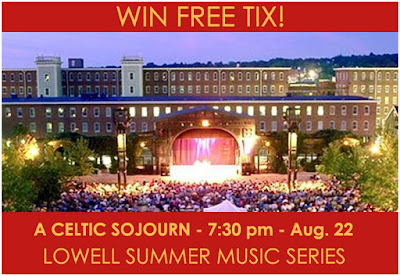 The Boston Irish Tourism Association is giving away three pairs of tickets to see A Celtic Sojourn Roots & Branches Festival at the Lowell Summer Music Series on Saturday, August 22, 2015.

Hosted by Brian O'Donovan of WGBH, the festival features great performers like Cherish the Ladies, the all-women traditional ensemble out of New York; the McCarthy Family from Boston and Ireland; Socks in the Frying Pan from County Clare; and singer/songwriter Matthew Bryne from Newfoundland.

Click here to enter the contest, then submit your entry.  Winners will be announced on Thursday, August 20, so check back.

Or, you can purchase tickets directly online.

Posted by irishboston.blogspot.com at 1:11 PM No comments: Links to this post 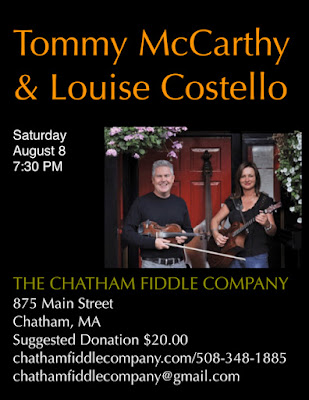 The Chatham Fiddle Company is run by Rose Clancy, an accomplished instrument maker and traditional fiddler herself.

For year round details on Irish activities in Massachusetts, visit IrishMassachusetts.com.

Posted by irishboston.blogspot.com at 8:25 AM No comments: Links to this post