Showing posts from April, 2021
Show all

125 Years Ago, South Boston's James B. Connolly won the first medal in the Modern Olympic Games 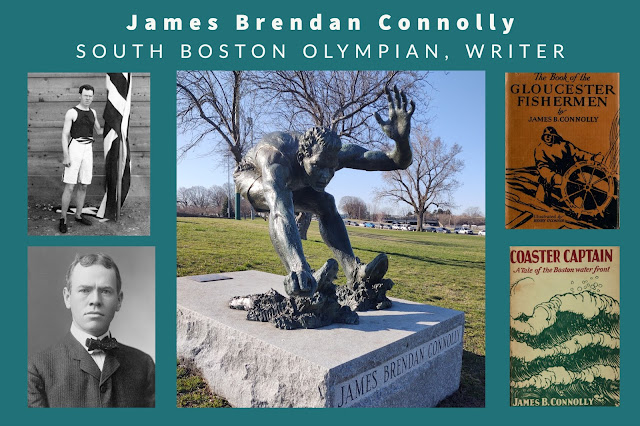 On Monday, April 6, 1896 ,  James Brendan Connolly  of South Boston became the first medalist in the modern Olympic Games when he won the triple jump on the opening day of the Games in Athens, Greece. Connolly won the event - back then it was called the Hop, Skip and Jump - by jumping 44 ' 9 3/4", beating the second place finisher by nearly six feet. After his final jump, the audience began chanting his name and yelling Nike, the Greek word for victory, according to Connolly's teammate, Ellery H. Clark. Connolly and his American teammates nearly missed their events - they arrived in Athens thinking they had twelve days to prepare, only to realize that the Greeks used the Julian Calendar, not the Gregorian Calendar, and his event was that afternoon. Connolly also competed in the 1900 Olympic Games in Paris, and took second place in the Triple Jump. Beverly Cronin of the Boston Herald wrote, "In typical Connolly fashion, he walked the seven miles to Paris Stadium becaus
Post a Comment
Read more
More posts