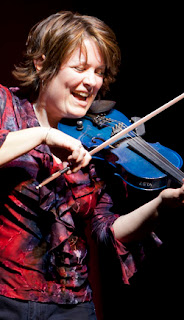 Eileen Ivers, a virtuoso fiddle play who has toured with Riverdance and Cherish the Ladies, performs in concert with her band, Immigrant Soul, at 7:30 p.m. on Saturday, April 29 at the Larcom Theatre in Beverly.

Presented by Spectacle Management, tickets to the show can be purchased online or at the venue the night of the concert.

Raised in the Bronx to Irish immigrant parents, Eileen Ivers is regarded as one of the finest musicians of her generation, a passionate, innovative player who brings out the best in Irish traditional music while also blending the sounds of other genres, including rock, soul and world music.

Here is a schedule of upcoming concerts from Spectacle Management.

For year round information on Irish cultural activities, visit IrishMassachusetts.com.

Posted by irishboston.blogspot.com at 9:43 PM No comments: 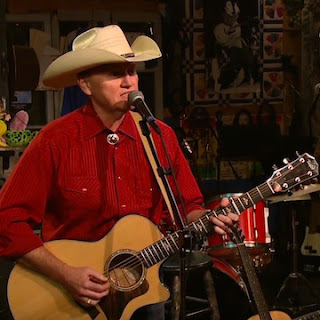 Smith’s new CD, "Dust Bowl – AmericanStories," relates the story of the Dust Bowl of the 1930s in the Great Plains, considered to be a major environmental disaster in American history.  Smith calls it “a cautionary tale about the environment,” and believes .  “we can learn a lot from the Dust Bowl. Reliving it through these songs and images is a powerful elixir.”

Here is a schedule of upcoming concerts at Blackstone RiverTheatre.

Find year round details on cultural activities in New England at IrishMassachusetts.com.

Posted by irishboston.blogspot.com at 11:34 AM No comments: 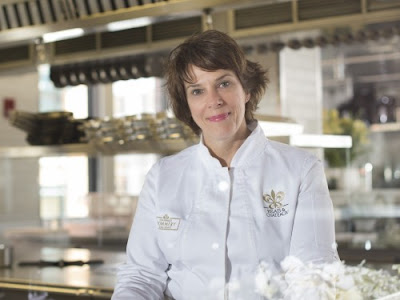 Congratulations to Chef Barbara Lynch of South Boston, who was named one of Time Magazine's Top 100 influential people in the world.

Chef Lynch was cited in Time Magazine for her ascent in the culinary world as an elite chef, for which she won two James Beard Awards as well as numerous other prizes.  She owns and operates seven restaurants in Boston, and runs Stir, a demonstration cooking kitchen that offers year round classes.

Her cookbook, Stir: Mixing it up in the Italian Tradition, was published in 2009, and her new memoir, Out of Line: A Life of Playing with Fire,was published on April 11, 2017.


Posted by irishboston.blogspot.com at 10:17 AM No comments: 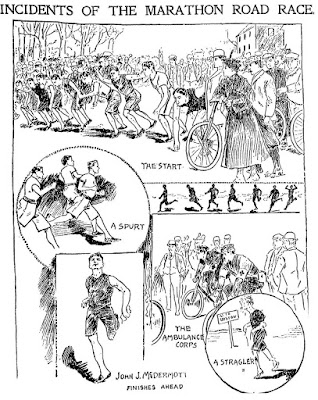 Illustration from The Boston Globe, April 20, 1897

The first Boston Marathon was held on April 19,1897, inspired by the first modern Olympic Games held the previous year in Athens, Greece.

The race was sponsored by the Boston Athletic Association, and the initial field consisted of fifteen runners, of which ten finished the race. John J. McDermott of the Pastime Athletic Club of New York won the race, finishing in two hours, fifty-five minutes and ten seconds.

Thomas E. Burke, who won first place in the 100 and 440 yard races at the Athens Olympics in 1896, was the official starter of the race.

The race started in Ashland and finished at Irvington Oval near Copley Square in Boston, which had a 220 yard track.  There BAA officials had organized an entire track and field meet in the spirit of the Olympic Games the previous year.
Among the most talked about races was the 100 yard dash, which had a stellar field that included Olympic medalist Tom Burke of Boston University, J.S. Quinn  and W.J. Holland from Boston College, Frank Quinlan from Fordham University, and D.C. Byers of Yale.  Holland won the race, and his BC teammate Quinn took second.
McDermott apparently lost nine pounds running the race, and afterwards said, "This will probably be my last long race...look at my feet," wrote The Boston Globe in its April 20, 1897 story.  McDermott returned to Boston in 1898 and finished fourth.
For more on Boston's Irish history and heritage, visit IrishHeritageTrail.com.
Posted by irishboston.blogspot.com at 11:44 AM No comments: 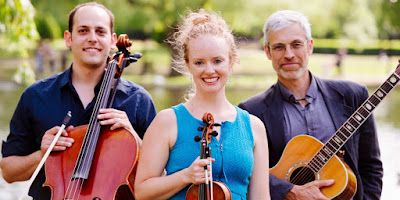 A trio of accomplished Celtic musicians - Hanneke Cassel, Keith Murphy and Mike Block perform in concert at the Blackstone River Theatre at 8:00 p.m. on Saturday, April 15, 2017.

Tickets are $18 the day of the show and can be purchased at the venue.

Here is a schedule of upcoming events at Blackstone River Theatre.

For year round details on other Irish and Scottish events in New England, visit IrishMassachusetts.com.

Posted by irishboston.blogspot.com at 3:23 PM No comments: 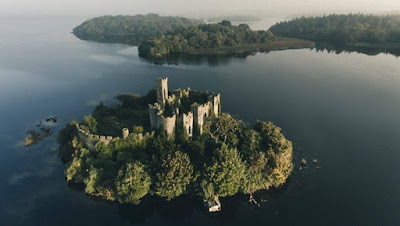 Congratulations to Tourism Ireland for its outstanding performance marketing the island of Ireland in the past two years.  Ireland is ranked at number three in the world, out of 136 countries, for ‘effectiveness of marketing and branding to attract tourists,' according to the World Economic Forum's recent Travel & Tourism Competitiveness Index 2017.

Ireland moved up two slots from its 5th place ranking in 2015.

Niall Gibbons, CEO of Tourism , said: “I am really pleased to see that has moved up to third position in the world for tourism marketing and branding. The international tourism marketplace is an extremely competitive one and we are constantly looking at innovative and engaging ways to reach potential holidaymakers, to ensure the stands out from other destinations.”

Find out about visiting Ireland here.

Read stories about Ireland from the Boston Irish Tourism Association.

Posted by irishboston.blogspot.com at 8:26 PM No comments:

One Boston Day, April 15, Giving Back to Boston

April 15th, 2015 marked the beginning of a new annual tradition: One Boston Day.

Each year, the day serves as an opportunity to celebrate the resiliency, generosity, and strength demonstrated by the people of  and those around the world in response to the Boston Marathon bombing tragedy of April 15th, 2013.

In anouncing the 3rd annual One Boston Day, Mayor Marty Walsh said,  "The Boston Marathon is a key part of our city's identity, and continues to show the world that is strong, and our traditions will endure, no matter what. The spirit of the day on April 15 shows the best of : how Bostonians from all backgrounds come together to line the streets, celebrate one another and do good for their community. I hope everyone can mark this day in a way that inspires each other with the love we have for our community, our neighbors and our City."

How will you make a difference this year?

Read about the Martin Richard Park being built to capture the spirit of Boston.
Posted by irishboston.blogspot.com at 8:02 PM No comments: 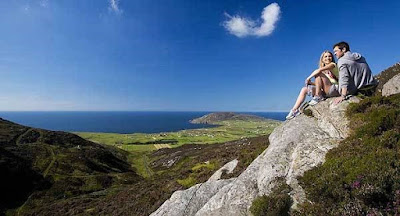 After a banner year in 2016, when the of welcomed 19.37 million overseas visitors who spent about €5.4 billion, Tourism is focusing its attention on the 2017 tourism season.

"Our aim is to grow overseas tourism revenue this year by +4.5%, to €5.7 billion, for the of ,” said Niall Gibbons, CEO of Tourism .   Among the plans for 2017, Gibbons said, is to highlight iconic experiences like "the Wild Atlantic Way, Ireland’s Ancient East, Titanic Belfast and the Causeway Coastal Route.

"We will also promote and , in particular for shoulder and off-peak travel,” Gibbons said, adding that “Screen tourism will remain a priority, as we continue to capitalize on our connections with Star Wars and Game of Thrones."

Read more stories about traveling to from the Boston Irish Tourism Association.

For details on traveling to this year, visit Ireland.com.

Posted by irishboston.blogspot.com at 2:00 PM No comments: 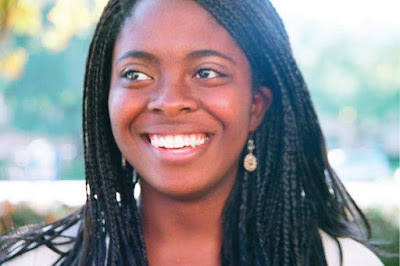 The John F. Kennedy Library is hosting the 2017 PEN Hemingway Award to novelist Yaa Gyasi at 2:00 p.m. on Sunday, April 2, 2017. This program is presented in partnership with PEN .

The event is free and open to the public, but registration is required.  Register here. You can also watch a live webcast of the ceremony.

Patrick Hemingway, Ernest Hemingway's son, is presenting the award to Gyasi for her novel Homegoing. Novelist and biographer RoxanaRobinson, President of the Authors Guild, delivers the keynote address.

The Kennedy Library is the major repository of the  Ernest Hemingway Collection of the author's works. The PEN New England Awards in Nonfiction, Poetry, and Fiction are also being presented at the ceremony.

Here is a schedule of upcoming forums at the John F. Kennedy Library.

Posted by irishboston.blogspot.com at 8:26 AM No comments: 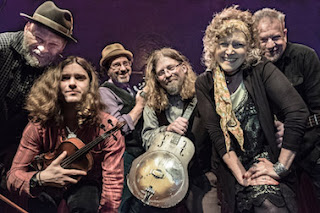 Spuyten Duyvil is performing at the Blackstone River Theatre at 8:00 p.m. on Saturday, April 17, 2017.  Tickets are $15 and can be purchased at the venue.

Based in New York, the band's brand of original and traditional American roots music blends old time, blues, bluegrass, and folk rock with a pinch of punk energy to create a uniquely modern mix.

The band’s third CD, The Social Music Hour, Volume I, was nominated for the 2016 International Folk Music Awards “Album of the Year.”

Check out the schedule of upcoming concerts at Blackstone River Theatre this spring.

Visit IrishMassachusetts.com for year round details on music and culture.

Posted by irishboston.blogspot.com at 10:21 AM No comments: