Showing posts from November, 2015
Show all

Wix Tix to Irish Rovers Concert in Medford on November 29 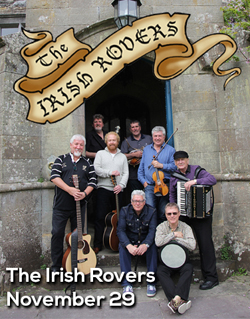 The Irish Rovers, one of Ireland's most enduring ballad bands, is celebrating its 50th anniversary with a tour of Canada and the United States, including a concert at the Chevalier Theatre in Medford on Sunday, November 29, 2015.  The show is being presented by Spectacle Management . The Boston Irish Tourism Association is giving away a pair of tickets to this special concert, the only Massachusetts appearance the band is making.  Enter the Irish Rovers ticket give-away here. Or,  you can purchase tickets directly online . Here is a schedule of upcoming shows from Spectacle Management . Find year round details on Irish activities in Massachusetts at IrishMassachusetts.com .
Post a Comment
Read more

Three of Newport ’s most magnificent mansions - The Breakers, The Elms and Marble House—are opening their doors for the annual Christmas at the Mansion tours starting on Saturday, November 21, 2015 and running through Saturday, January 3, 2015. All three mansions are National Historic Landmarks and icons of the Gilded Age in America . They will be filled with thousands of poinsettias, fresh flowers, evergreens and wreaths and 24 decorated Christmas trees.  Dining tables set with period silver and china complete the elegant setting, while windows of each mansion are lit with individual white candles, in keeping with the colonial tradition.  The mansions are maintained by the Preservation Society of Newport County .  Here is a complete schedule of upcoming events at the mansions through 2016 . Find out more about visiting Newport , RI .
Post a Comment
Read more

Galway Hurlers at the Irish Cultural Centre in Canton Today 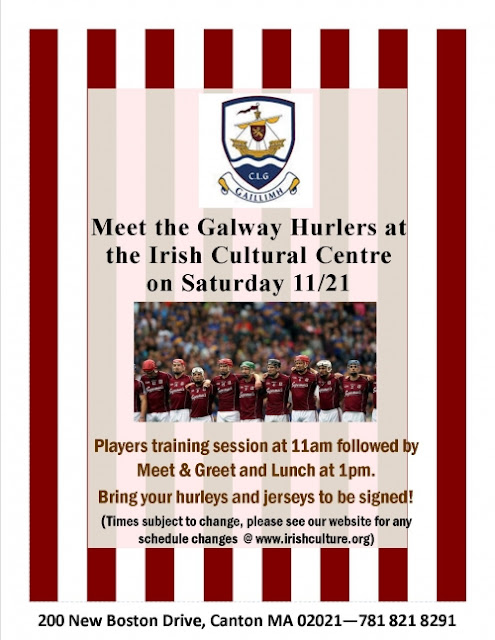 The Galway Hurling team is coming to the Irish Cultural Center in Canton on Saturday, November 21, 2015, from 11:00 a.m. to 2;30 p.m. They have a players training session at the GAA Field starting at 11:00 a.m., followed by a meet-and-greet and lunch at 1:00 p.m. Located off of Route 138 in Canton, the Irish Cultural Center is a 46 acre, year-round cultural center created in 1989 to provide year-round activities for the region's large Irish and Irish-American community.  Find out more about the ICC here. For year round information on Irish activities throughout Massachusetts and New England, visit IrishMassachusetts.com .
Post a Comment
Read more 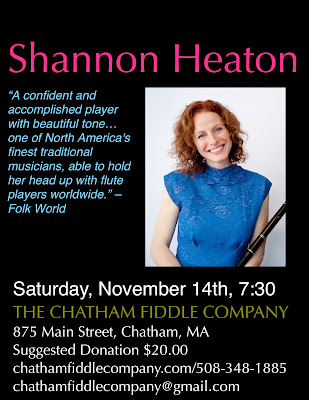 Shannon Heaton , traditional Irish flutist and ballad singer, is performing at the Chatham Fiddle Company in Chatham, Cape Cod, on Saturday, November 14, 2015, starting at 7:30 p.m. Suggested donation is $20 and can be paid at the venue. Shannon and her husband, guitarist and singer Matt Heaton, are popular performers on the New England folk circuit.  Boston Globe music critic Scott Alarik wrote, "Their playing is masterful and inventive, their arrangements city-smart and spacious." Find more information on Irish activities in Massachusetts at IrishMassachusetts.com .
Post a Comment
Read more 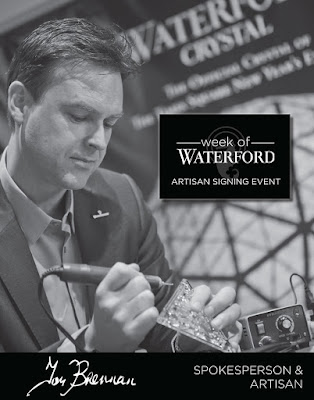 Waterford Crystal artisan and ambassador Tom Brennan is making a special appearance at the Waterford Boston Boutique  store from noon to 4: 00 p.m. on Wednesday, November 18, 2015. A native of Waterford City, Tom started his apprenticeship at Waterford Crystal in 1986, following in the footsteps of his dad, Leo Brennan, also a crystal craftsman.  The company dates back over 200 years. Read the history of Waterford Crystal here. Located at 127-129 Newbury Street in Boston's Back Bay, just two blocks from the Public Garden, the flagship store carries many of the company's luxury collections.  It also carries a series of Boston-themed pieces, sold exclusively in the Newbury Street store.  These include an  engraved oval vase depicting the Massachusetts State House, and an oval bowl featuring the iconic swan boats in the Public Garden. Brennan is also introducing a new product,  the 2015 Irish Artisan Circle ten inch bowl, at this event, and will sign them for buy
Post a Comment
Read more 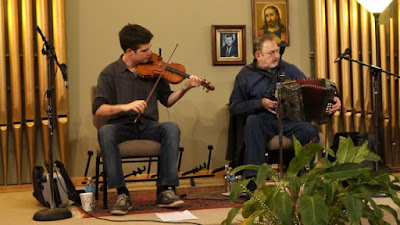 The Gaelic Roots Music, Song & Dance Series at Boston College is presenting accordion master Paddy O'Brien and fiddle great Nathan Gourley for a night of traditional Irish music on Thursday, November 12, 2015. The concert, which is free to the public, runs from 6:30 to 8:30 p..m. at the Theology & Ministry Auditorium on the Brighton campus . The Gaelic Roots program was founded and is directed by Irish fiddle champion Seamus Connolly , the Sullivan Artist in Residence at Boston College. Here is a profile on Seamus Connolly . Find year round details on Irish cultural activities in greater Boston at IrishBoston.org .
Post a Comment
Read more

The Huntington Theatre Company of Boston is presenting  A Confederacy of Dunces , a dapted from the cult classic, Pulitzer Prize-winning novel,  written by John Kennedy Toole.  It runs at the BU Theatre on Huntington Avenue from November 11- December 20, 2015.  Here is ticket information .  Described as a hilarious wild ride, filled with colorful characters and comic misadventures, it feature the colorful character  Ignatius J. Reilly, the Don Quixote of the French Quarter who is eccentric, overweight and living with his mother in the Big Easy.  The production stars television actor Nick Offerman of the series Parks & Recreation, as well as a strong cast that will make Confederacy of Dunces one of the compelling shows in Boston this season.  Here is Huntington's 2015-2016 season .  For information on cultural activities in the Boston area, visit IrishBoston.org . For tourist information go to BostonUSA.com .
Post a Comment
Read more 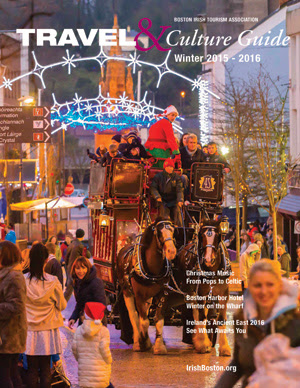 ( Boston ) - The Boston Irish Tourism Association (BITA) released its Travel & Culture Guide  (2015-16 winter issue) of cultural activities in Massachusetts and Ireland . Read the digital version here. The 28-page color magazine details upcoming holiday concerts, dances and theater in Massachusetts & Rhode Island from November 2015 to March 2016 It lists selected Irish pubs, gift shops and cultural groups in the Bay State plus hotels and travel agencies for visitors from out-of-town. The Guide also covers Christmas events in Ireland as well as the 2016 Tourism Ireland initiative, Ireland's Ancient East: See What Awaits You . The Guide is available for free at tourism centers across the state and at museums, hotels and cultural venues, starting on Tuesday, November 10, 2015. See  distribution outlets . First issued in 2005, the Travel & Culture Guide  is published three times a year,  The Boston Irish Tourism Association was forme
Post a Comment
Read more 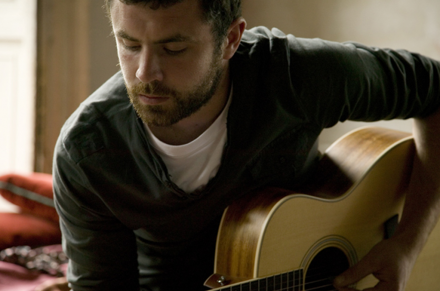 Irish singer Mick Flannery , from County Cork, is performing at the Burren Pub's Backroom Series in Davis Square on Wednesday,November 4, 2015 at 10:00 p.m. Tickets are $28 and can be purchased online or at the venue. Read more about Mick Flannery here. Here is a schedule of upcoming concerts in the Backroom Series . Find year round details on Boston's Irish community at IrishBoston.org .
Post a Comment
Read more 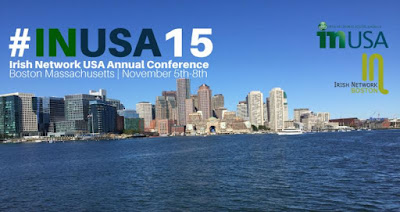 The annual Irish Network USA Annual Conference is taking place in Boston, from November 5-8, 2015, at the Seaport Boston Hotel and World Trade Center in South Boston. A series of workshops through the day on Friday will address topics such as Driving the Innovation Economy through Education; The New Global Irish Diaspora; and a presentation by Tourism Ireland. Here is the full agenda . Register for the conference here. On Friday, November 6, participants will gather at the Massachusetts State House for a reception. Then on Saturday, Irish Film Festival Boston is presenting a film festival at the Brattle Theatre in Harvard Square, Cambridge. "We are delighted to have the opportunity to host all of our Irish Network USA members and friends at the annual conference in  Boston this year," said Sean Moynihan, president of the IN Boston chapter. Formed in 2010 by the Irish Government, the Irish Network USA has chapters in 20 cities. Boston was one of the first cha
Post a Comment
Read more
More posts