Tomaseen Foley's A Celtic Christmas show is coming to Massachusetts for six performances in three cities from December 4-7, 2014, as part of a national tour.  The show is coming to the Larcom Theatre in Beverly; Plymouth Memorial Hall in Plymouth; and Lowell Memorial Auditorium in Lowell.

The Boston Irish Tourism Association is raffling off a pair of tickets to each of the six shows.  Enter the contest here.

Led by master storyteller Tomaseen Foley, the show is set in a rural town in the west of Ireland, and features a wonderful range of storytelling, singing and dancing, and instrumental music on fiddle, tin whistle and uilleann pipes.

These shows are presented in New England by Spectacle Management, a full-service entertainment booking organization based in Boston.

For more about Irish and Celtic activities, visit IrishMassachusetts.com.


Posted by irishboston.blogspot.com at 1:16 PM No comments:

The 28-page color magazine - also available in digital format - details upcoming holiday concerts, dances and theater through the winter, and the schedule of St. Patrick's Day parades slated for March 2015.  The Guide lists selected Irish pubs, gift shops and cultural groups in the plus hotels and tourism agencies for visitors from out-of-town.

The Guide is available for free at tourism centers across the state and at museums, hotels and cultural venues.  See distribution centers.

Among the people profiled in this issue are conductor Keith Lockhart of the Boston Pops; promoter Melissa Farrington of Live Nation; and pianist Tom Garvey of .  Also included: reviews on current books and CDs, and information on Boston's Irish Heritage Trail.  A section on traveling to in 2015 features , , and .

The Boston Irish Tourism Association was formed in 2000 to promote cultural tourism year round.  It publishes three travel and culture guides each year, and has created an Irish Heritage Trail highlighting Irish landmarks in and around the state.

More than 24% of residents in claim Irish ancestry, making it the most Irish state in the , according to the US Census.

Posted by irishboston.blogspot.com at 7:17 AM No comments:

An Irish ceili dance to raise funds for the Larry Reynolds Memorial Scholarship Benefit is taking place at the Canadian-American Club in Watertown on Sunday, December 7, 2014 from 3:00-7:00 p.m.

The event is hosted by the Boston chapter of Comhaltas Ceoltoiri Eireann. Admission is $12 at the door.

Tara Lynch, chairperson of CCE Boston, says, "Larry Reynolds (RIP) dedicated his life to promoting traditional Irish music and passing on the tradition to the next generation. We believe the Scholarship Fund is a fitting way to uphold Larry’s legacy."

Located at 202 Arlington Street in Watertown, the Canadian-American Club was formed in 1937. The Boston chapter of Comhaltas has been holding its monthly celilis, sessions and concerts there for nearly 40 years.

For year round info on Irish cultural activities in greater Boston, visit IrishBoston.org.

Posted by irishboston.blogspot.com at 1:52 PM No comments:

State and city officials, community leaders and Boston residents are coming together to celebrate the renovation of Michael Joyce Memorial Playground in South Boston on Friday, November 21, 2014 at 3:30 p.m.

The park commemorates the life of Galway native Michael Joyce, who emigrated to Boston in 1949 and played an influential role in Massachusetts politics, immigration reform and in the Irish-American community. He died of cancer in 1989 at age 66.

The park officially opened on October 14, 2010, and since then the Friends of Michael Joyce has worked closely with the  Massachusetts Department of Conservation & Recreation to renovate the facility.

US Ambassador to the Vatican Ray Flynn, when he was Mayor of the City of Boston, had this to say about Michael Joyce back in 1987, "It is impossible to measure the countless hours which this decent man has devoted to helping his fellow Irishmen and other immigrants unable to afford legal council."  Flynn called Joyce "an example of decency and compassion," adding, "You have never forgotten your people, and we will never forget you."


Posted by irishboston.blogspot.com at 7:03 PM No comments:

The Irish Pastoral Centre of Boston is holding its annual banquet on Saturday, November 15, 2014 at Florian Hall in Dorchester. Tickets to the event are $100 and all proceeds benefit the year round programs and services of the Centre.

Special guest this year is Mickey Harte, Tyrone's legendary GAA manager and player who has led County Tyrone to numerous championships.  Harte is also a published writer and a popular motivational speaker.

Also, Eugene O'Flaherty, the City of Boston's Corporation Counsel, is receiving the IPC's first Community Award in recognition of his longstanding contributions to the Irish community in Massachusetts.

For more information about the banquet, and to reserve tickets, please call 617 265-5300 or email events@ipcboston.org.

The Irish Pastoral Centre was created in 1989 to help Irish immigrants adjust to new lives in the greater Boston area.  Read this profile of the IPC's work.

Find year round information on Boston's Irish community at IrishBoston.org.

Posted by irishboston.blogspot.com at 11:32 AM No comments: 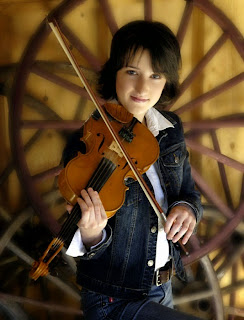 The concert, which is open and free to the public, takes place from 6:30 to 8:30 p.m. at the Cadigan Alumni Center at 2117 Commonwealth Avenue in Brighton.  Here are directions.

For year round details on Irish and Celtic cultural activities in New England, visit IrishMassachusetts.com.

Posted by irishboston.blogspot.com at 10:22 AM No comments:

A concert honoring American veterans and featuring Irish entertainer Cahal Dunne and the O’Shea Chaplin Academy of Irish Dance is taking place at 7:30 p.m. on Friday, November 7, 2014 at Reliefs In, located at One Market Street in .

The event is being sponsored by the Ancient Order ofHibernians, Division 8, Men’s and Ladies chapters.  Tickets to the show are $20 and can be purchased at the hall.

For year round information on Irish cultural activities, visit IrishMassachusetts.com.

Posted by irishboston.blogspot.com at 9:19 PM No comments:

For year round details on Irish cultural activities in New England, visit IrishMassachusetts.com.

Posted by irishboston.blogspot.com at 2:50 PM No comments: