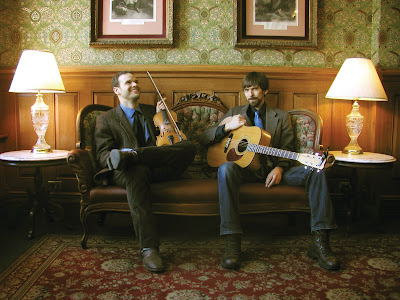 Tickets are $20 general admission or $15 for ICC members.

"This fiddler and guitarist from Colorado play the music with sensitivity and soul... and their own brand of modernism to the Irish tradition," wrote Irish Music Magazine.

Here is a schedule of upcoming events at the Irish Cultural Centre, a year round facility for promoting Irish culture, sports, language and heritage in New England.

For year round details on Irish and Scottish culture in New England visit IrishMassachusetts.com.

Posted by irishboston.blogspot.com at 3:43 PM No comments: 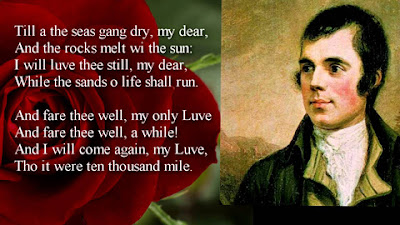 Scotland’s national poet, Robert Burns (January 25, 1759 – July 21, 1796), is revered and celebrated in his native country and around the world.  Burns Night began in 1801, five years after Burns’ death, and has continued enthusiastically ever since.

This devotion to Burns’ memory is especially evident in New England, where generations of Scots and Scots-Irish have settled over the past 400 years.

To honor his birthday each year, New Englanders celebrate with traditional Scottish music and song, poetry and toasts and cuisine and congeniality.  Here is a selection of Robert Burns celebrations that take place in 2019, compiled by the Boston Irish Tourism Association.

January 25
Robert Burns Scottish Night
Irish Cultural Centre
200 New Boston Road, Canton
The weekly music session at the ICC on January 25 is devoted to Scottish music and particularly the works of Robert Burns, Scotland's great poet and writer. The session is free and open to the public.


Burns Night at the Haven
The Haven
2 Perkins Street, Jamaica Plain, Boston
The Haven’s Burns Night includes a three-course meal of haggis, cullen skink, and more (with vegetarian options available), a single malt scotch toast, songs and poetry. Piper Elias Alexander entertains with Scottish music, and there is an address to the Haggis and a toast to the lassies.

January 29
Greater Boston Community Burns Supper
The Burren Pub
247 Elm Street, Davis Square, Somerville
6 – 10 p.m.
First organized in 2010, this community event takes place in one of the Boston area’s most notable tradition music pubs, this annual celebration of Robert Burns features a traditional Scottish meal, Scotch whisky, recitations of works by, about, and in the spirit of the Bard of Scotland and a pub sing-along. The event takes place in the acoustically superior Burren Back Room and there is a vegetarian option for the meal.

Read about the statue to Robert Burns in downtown Boston.

Find out more about Irish and Scottish cultural activities in New England by visiting IrishMassachusetts.com.

Posted by irishboston.blogspot.com at 12:31 PM No comments: 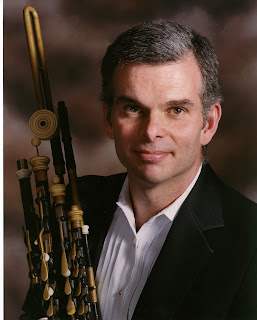 Jerry O'Sullivan, considered to be one of America's foremost uilleann pipers, performs at the Chatham Fiddle Company in Chatham, Cape Cod, at 4 p.m. on Saturday, January 26, 2019.  Suggested donation is $20.

A native of New York, Jerry has appeared on 90+ albums and has performed or recorded with artists such as The Boston Pops, Don Henley, Paul Winter, James Galway, Dolly Parton, The Colorado Symphony Orchestra, The Nashville Symphony Orchestra, Eileen Ivers, and many others.

Located at 875 Main Street in one of the Cape's most picturesque towns, the Chatham Fiddle Company is owned and operated by Rose Clancy, master fiddler and instrument maker.

Find year round information on Irish activities in New England by visiting IrishMassachusetts.com.

Posted by irishboston.blogspot.com at 9:00 AM No comments: 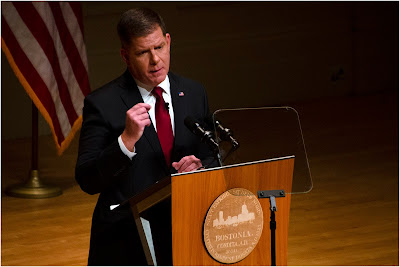 Mayor Walsh State of the City Address in 2019
(Image Courtesy of BNN News)
Mayor Marty Walsh gave his annual State of the City address to at Boston Symphony Hall on Tuesday, January 15, 2019. The Mayor reviewed the City Of Boston’s progress and presented his 2019 agenda before an auditorium of Boston residents, business leaders, elected officials and community activists.
Watch the live stream of the speech here: http://ow.ly/tv1F30nk1t6

Here is an annotated transcript of Walsh's speech from The Boston Globe.
The 50 year old son of Irish immigrants from Connemara, County Galway, was first elected in November 2013.  Since then he has become one of the state's most popular politicians who has built a solid record in affordable housing, economic development, arts & culture, immigrant rights and opportunities for all Boston residents.
Here is a list of Irish-American mayors of Boston dating back to 1885, when Hugh O'Brien was the first Irishman elected to the office of mayor.

Posted by irishboston.blogspot.com at 5:58 PM No comments: 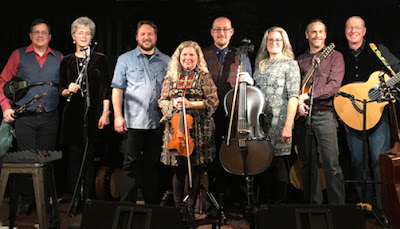 Fellswater, a dynamic Celtic 8-piece ensemble based out of Boston, performs at the Blackstone River Theatre in Cumberland, RI at 8 p.m. on Saturday, January 12, 2019.

Fellswater is known for playing a wide range of music from traditional to modern compositions, drawing from the music of Scotland, Ireland, Brittany and Canada.

Here is a schedule of upcoming concerts at Blackstone River Theatre this winter.

Find out more about Irish activities in New England by visiting IrishMassachusetts.com.
Posted by irishboston.blogspot.com at 11:21 AM No comments: 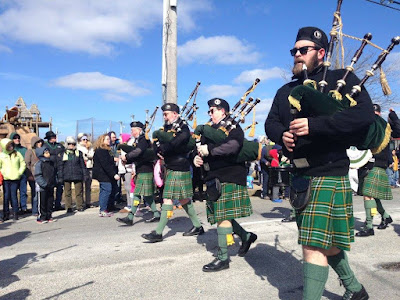 Here is information on other New England Irish activities in March 2019.

BITA publishes three issues of Travel & Culture magazine in March, June and November.  The free magazine, available at tourism outlets, hotels and cultural venues, focuses on Irish cultural activities in Massachusetts and the New England states, as well as travel to and from Ireland and Northern Ireland.

See current issue of Travel & Culture here. Past issues can be viewed in our archive.

Posted by irishboston.blogspot.com at 8:49 AM No comments: 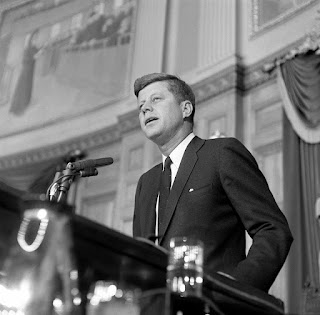 On January 9, 1961, newly elected U.S. President John F. Kennedy gave his farewell speech to the Massachusetts Legislature as he departed for Washington D.C. to be sworn in as the nation's 35th president.

He vowed to carry the characteristics that shaped him in Massachusetts, where "leaders shaped our destiny long before the great Republic was born.  Its principles have guided our footsteps in times of crisis as well as in times of calm.  Its democratic institutions including this historic body have served as beacon lights for other nations as well as our sister states.....

"For what Pericles said to the Athenians has long been true of this commonwealth - 'We do not imitate, for we are a model to others....'

"The enduring qualities of Massachusetts - the common threads woven by the pilgrim and the puritan, the fisherman and the farmer, the Yankee and the immigrant, and will not be and could not be forgotten in this nation's executive mansion.  they are an indelible part of my life, my convictions, my view of the past and my hopes for the future....

"I have been guided by the standard John Winthrop set before his shipmates on the flagship Arabella 331 years ago, as they, too, faced the task of building a new government on a perilous frontier. 'We must always consider,' he said. 'That we shall be as a city upon a hill — the eyes of all people are upon us.' Today the eyes of all people are truly upon us.”
Listen to the entire speech from the John F. Kennedy Presidential Library archives.

Read more about the Kennedy legacy in Massachusetts.

Posted by irishboston.blogspot.com at 8:41 AM No comments: