Showing posts from September, 2020
Show all

Scituate Unveils Monument to the Irish Rising of 1916 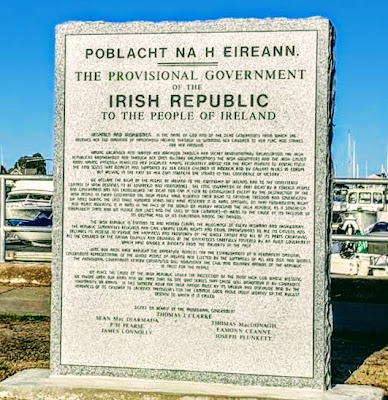 On Sunday, September 20, 2020, the Ancient Order of Hibernians (AOH) joined with Scituate Selectman John Sullivan and other local leaders in Scituate, Massachusetts to unveil a monument to Ireland's Easter Rising of 1916. The monument, which is located at the band gazebo on Cole Parkway in Scituate, features the Proclamation of the Irish Republic, the famous document that was read aloud by Irish patriot Padraig Pearse on the steps of the Dublin Post Office in 1916, calling for an Ireland independent from Britain. Ireland's Consul General in Boston Laoise Moore was the featured speaker at the Scituate ceremony. "The Easter Rising in 1916 was a hugely significant event in Irish history," Consul General Moore told the Scituate Mariner newspaper.  "While the Rising itself did not immediately lead to the creation of the Irish Republic, it set in train a series of events which ultimately led to the creation of the Irish Free State, and after that the Republic."
Post a Comment
Read more

Traditional Irish Music and Cuisine at the Irish Cultural Centre in Canton this weekend, September 19-20 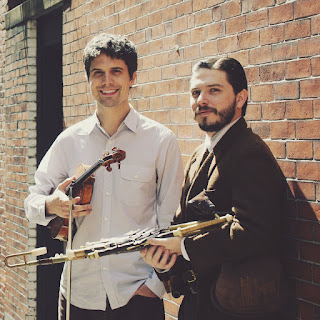