An Irish harp and guitar recital featuring Mairie Ni Chathasaigh and Chris Newman takes place at the Cadigan Alumni Center at Boston College on Thursday, April 30, 2015 from 6:30 to 8:30 p.m.

Part of the Gaelic Roots Series sponsored by BC's Center for Irish Programs and the BC Alumni Association, the concert is free and open to the public but registration is suggested.

Here is a map and directions for the Cadigan Center, located on BC's Brighton campus.

Gaelic Roots was developed by master fiddler Seamus Connolly, originally from County Clare, who is the Sullivan Artist in Residence at Boston College.

Posted by irishboston.blogspot.com at 6:55 PM No comments: 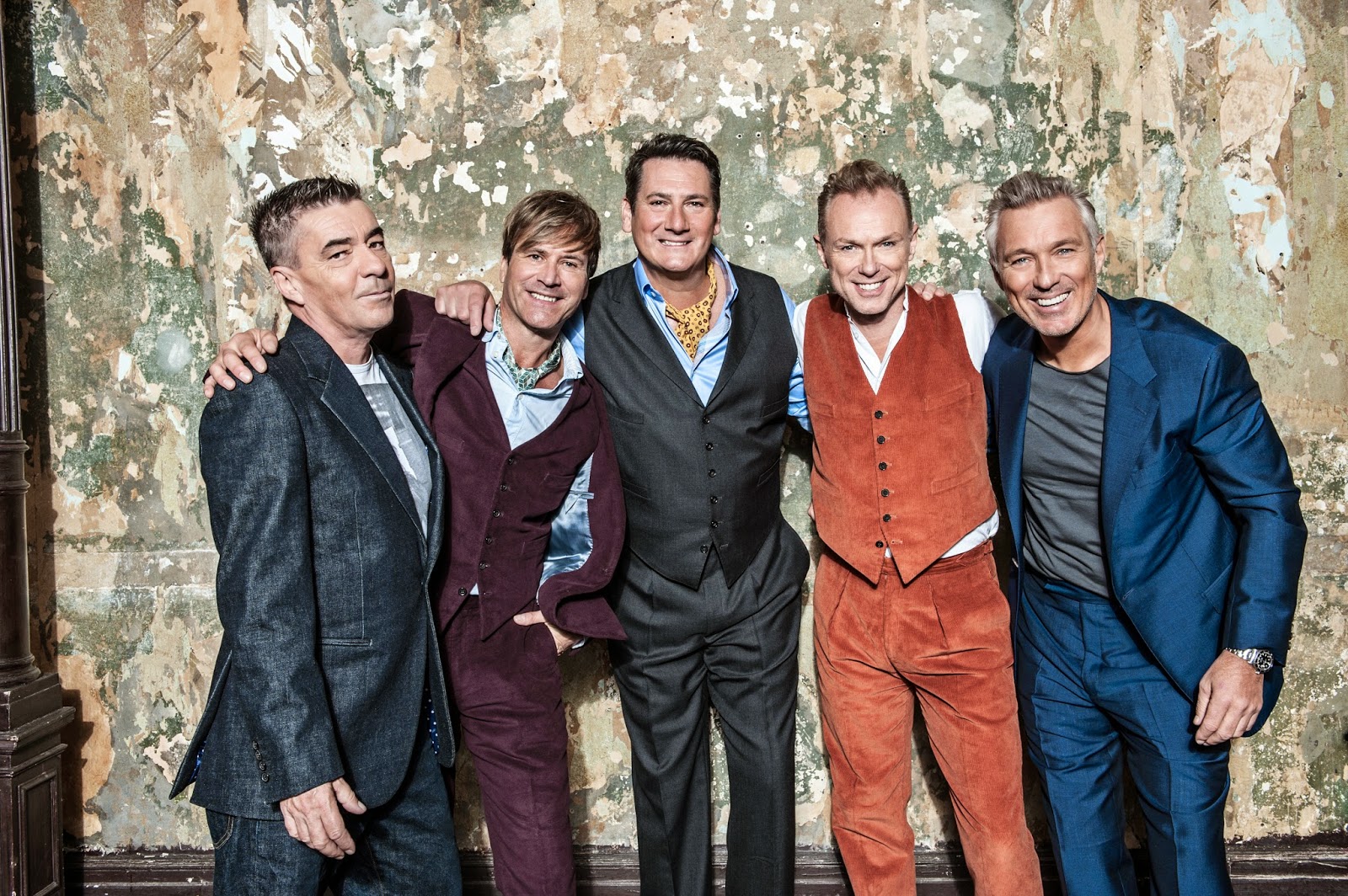 Boston Irish Tourism Association is giving away a free pair of tickets to attend the Spandau Ballet - Soul Boys of the Western World concert at the House of Blues in Boston at 7:00 p.. on Thursday, April 30, 2015, part of a nationwide tour.

Enter the Spandau Ballet contest here.  Winners are being announced on Tuesday, April 28.

Here is a story of Spandau Ballet in today's Boston Globe.

Find year round details on Irish cultural activities and performing arts by visiting IrishBoston.org.
Posted by irishboston.blogspot.com at 11:30 AM No comments:

Burning Bridget Cleary, the popular Irish band from Pennsylvania, is performing in concert at Blackstone River Theatre in Rhode Island on Saturday, April 25, 2015, starting at 8:00 p.m.

The band takes its name from the story of Bridget Cleary, the last woman burned as a witch in Ireland in 1895 during a period still fueled by superstition and ignorance.

Here is a schedule of upcoming events at the Blackstone River Theatre.

For year round information on Irish activities in New England, visit IrishMassachusetts.com.
Posted by irishboston.blogspot.com at 10:54 AM No comments:

The 17th annual Boston College Arts Festival, which runs April 23-25, 2015,  kicks off this year with a performance by BC'sGaelic Roots program, run by master fiddler Seamus Connolly.  The performance of Irish music with dancing takes place at O'Neill Plaza on campus, from noon to 12:45 on Thursday, April 23.The three-day festival includes dozens of performances, ranging from music and dance to theater and art exhibits to literary readings and film showings.  Here is a complete 2015 schedule.The Gaelic Roots program was first introduced to Boston College by Seamus Connolly in 1990, and since then it has become one of the most important academic programs for the study of Gaelic music and dance.You can follow Gaelic Roots on Facebook.Find year round information on Irish cultural activities in greater Boston at IrishBoston.org.
Posted by irishboston.blogspot.com at 9:45 PM No comments:

The fundraising event benefits NPH USA, a non-profit group that transforms the lives of orphaned, abandoned and disadvantaged children in Latin America and the Caribbean by providing homes, healthcare and educational programs.

The benefit dance features a number of local Irish performances by Comhaltas Ceoltoiri Eireann, the Noel Henry Show Band and Erin's Melody, along with dancing by the Haley School of Irish Dance.

Here is the schedule for the evening.

For year round information on Boston's Irish community, visit IrishBoston.org.

Posted by irishboston.blogspot.com at 12:51 PM No comments:

The Martin O'Connor Trio is performing in concert at the Blackstone River Theatre in Cumberland, Ri on Satuday, April 18, 2015 at 8:00 p.m.

Here is a schedule of upcoming concerts at Blackstone River Theatre.

Posted by irishboston.blogspot.com at 7:19 AM No comments:

Anthony Kearns, a founding member of the Irish Tenors and one of ’s most acclaimed singers, is performing at the Palace Theatre in , on Saturday, April 18, 2015, in his only appearance this spring.

The Boston Irish Tourism Association is giving away a free pair of tickets to attend the concert. Enter the contest here, and submit your entry.  BITA will announce the winner this Thursday, April 16, 2015.

Or, you can order tickets directly from the venue.

Find year round information on Irish activities in New England by visiting IrishMassachusetts.com
Posted by irishboston.blogspot.com at 7:39 AM No comments:

and have iced a deal to launch a brand new American collegiate hockey tournament in this November.

The Friendship Four Ice Hockey Tournament will compete in the Odyssey Arena in over Thanksgiving weekend, November 27-28, 2015, and will feature , of at , and .  All four teams are in Division One of the National Collegiate Athletic Association (NCAA).

The Odyssey Arena in  home to the city’s Belfast Giants professional hockey team.

Boston Mayor Marty Walsh and Belfast Lord Mayor Arder Carson, along with hockey officials from both cities, made the announcement on Friday outside the TD Garden, where the NCAA Frozen Four championships are being played.

Walsh predicted that the American college games will bring a new level of excitement to fans who religiously follow the Belfast Giants.  The tournament will also draw hockey fans from the , , and other European countries.

“These are real games, these aren’t scrimmage or exhibition games,” Walsh said.  “The teams will have to play to win” in order to quality for the NCAA tournament in the .

The four teams will compete for the Belpot Trophy, a variation on ’s popular annual Beanpot Tourney, which pits local teams , , Harvard and Northeastern against one another.

The new tournament is an outgrowth of the agreement between and , signed in May 2014 by Mayor Walsh and ’s previous Lord Máirtín Ó Muilleoir.  And Mayor Walsh met with Belfast officials in September 2014 during a trip to Ireland.

The notion of American sports teams playing in was first conceived by Massachusetts sports star and business leader Jim O’Brien, when he organized the Emerald Isle Classic, a football game between and the U.S. Military Academy’s Army squad in November 1988 in ’s Lansdowne Stadium.  It was a smashing success.  Since then several other football games have been played in , including the – match up at in August 2014.

Organizers said the NCAA has made a commitment to send teams to for the next four or five years, with hopes that the tournament becomes a permanent fixture of the college hockey season.

Find Out more about Boston's Irish community by visiting IrishBoston.org.

Posted by irishboston.blogspot.com at 12:44 PM No comments:

Boston-based roots musician Emerald Rae, is performing in concert at the Chatham Fiddle Company in Chatham, Cape Cod, on Saturday, April 4, 2015 at 7:30 p.m.  Suggested donation is $15.

Renowned for her fiddle playing and singing/songwriting, the Gloucester native has been influenced by Cape Breton, Irish and Scottish music; she studied in Glasgow, Scotland, and honed her musical skills as a student at Berklee College of Music.

Find year round details on Irish and Celtic activities by visiting IrishMassachusetts.com.

Posted by irishboston.blogspot.com at 6:16 PM No comments: