Showing posts from October, 2020
Show all

US Congressman Jim McGovern and former US Representative to the United Nations Samantha Power are among the honorees in the 2020 New Englanders of the Year.   The ceremony is scheduled to take place online on October 24, 2020, and is hosted by the New England Council.  A Worcester native,  Congressman McGovern  represents the Massachusetts 2nd Congressional District in Central Massachusetts.  He was first elected in 1996 and has served 12 consecutive terms.  Prior to that he worked for US Congressman Joe Moakley from South Boston. U.S. House Speaker Nancy Pelosi is slated to introduce Congressman McGovern for the award.  Power , a native of Dublin, Ireland who now lives in Massachusetts, is a Pulitzer Prize winning author who served with distinction in the Obama Administration. From 2013-17, she was the 28th U.S. Permanent Representative to the United Nation, and a member of President Obama's cabinet.  Former US Ambassador to NATO and Greece, Nicholas Burns will introduce Power for
Post a Comment
Read more 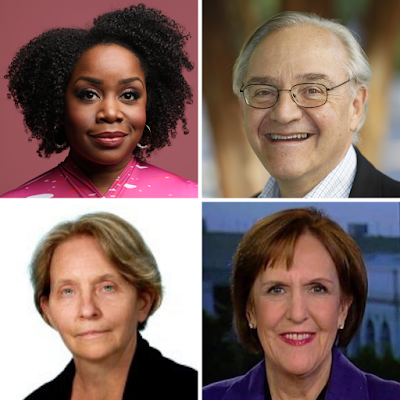 The  John F. Kennedy Presidential Library & Museum  in Boston, Massachusetts holds a virtual forum  from 6 - 7:30 on Monday, October 19, 2020 entitled The 2020 Elections: What's Next?  The forum includes Kimberly Atkins , senior opinion writer at  The Boston Globe ;   EJ Dionne ,  Washington Post  columnist and political commentator; and  Janet Hook , staff writer at  The Los Angeles Times.     Washington Post  columnist  Karen Tumulty is the moderator. Register for this free virtual  Kennedy Library Forum  to receive an email reminder with a viewing link before the event. Here is a  schedule of upcoming Forum events  hosted by the JFK Library. Read more about the  Irish connections of the Kennedy family  here.
Post a Comment
Read more

In celebration of the 20th anniversary, the Irish Film Festival of Boston (IFFB)is hosting a 2-day Drive-In event on Friday, October 9 and Saturday, October 10 the Irish Cultural Center in Canton.   The two films include the New England premier of A Bump Along the Way and the North American premier of The Last Right .   Presented in partnership with Ireland's Consulate General in Boston and the Irish Cultural Center of New England, this event showcases a selection of the new talents, voices and perspectives that have emerged from the Irish film industry in recent years.   The cost to attend the drive-in is $50 per car per evening. This event follows the health and safety guidance issued by the Commonwealth of Massachusetts Covid-19 regulations and guidance including masking and social distancing.  Space is limited, so please visit the website to book your tickets to  A Bump along the Way (Friday) and/or The Last Right (Saturday).   The Irish Film Festival of Boston is one o
Post a Comment
Read more
More posts