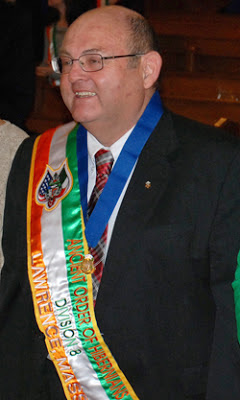 The Irish community of Lawrence, Massachusetts is kicking of its annual Irish Heritage Month in the city with a flag raising ceremony on Common Street across from Lawrence City Hall at 11 a.m. on Friday, March 1, 2019.

Sponsored by Division 8 of the Ancient Order of Hibernians, Irish Heritage Month includes a full month of music and dance, lectures, film screenings and exhibits as well as luncheons and dinners to celebrate the city's distinct Irish heritage.

Here is a complete schedule of Irish Heritage Month activities.

Read this profile on Billy Sullivan, President of Division 8 and long time leader in the Irish community both in Massachusetts and across the United States.

Lawrence has a proud Irish heritage dating back to the founding of the city in the 1840s, when Irish immigrants fleeing Ireland's famine arrived in the city to work in the mills.  Lawrence is proudly referred to as an Immigrant City because of the successive waves of new immigrant groups that continue to replenish the city.

Lawrence has had many Irish leaders since the city was founded in the 19th century, but perhaps one of the most illustrious figures was David R. Burke (1940-2009), who with his colleagues helped start an Irish Collection at Lawrence Public Library,  create a memorial to the Irish Famine generation, and worked for peace, justice and unity in Northern Ireland throughout his life.

For year round information on the Irish cultural community in New England, visit IrishMassachusetts.com.
Posted by irishboston.blogspot.com at 7:17 PM No comments:

The Gnomes Perform at Blackstone River Theatre on February 23 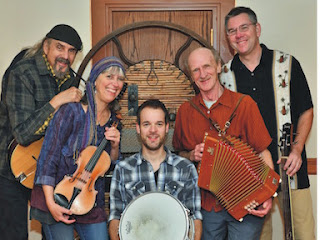 The Gnomes, a World-Folk-Fusion, performs at the Blackstone River Theatre in Cumberland, RI at 8 p.m. on Saturday, February 23, 2019.  Tickets are $18 at the door.


Between sets, the Broad Street Fiddlers, led by Cathy Clasper-Torch, perform a set.

Here is a calendar of upcoming concerts at Blackstone River Theatre.

Find year-round Irish and Celtic cultural activities at IrishMassachusetts.com.
Posted by irishboston.blogspot.com at 2:43 PM No comments:

The Irish Culture Center (ICC) together with the Boston Currach Rowing Club present a screening of the film, The Camino Voyage on February 23-24, 2019 at the ICC in Canton.  Tickets are $12 and can purchased online or at the ICC.
The documentary is in Irish with English subtitles, and describes the 2,500 km voyage from Ireland to Santiago de Compostela on a handmade traditional boat, called a ‘Naomhóg.’
Colm Coyne, President of the Boston Currach Rowing Club, will give a brief presentation before the screening.
Here's a schedule of upcoming events at the Irish Cultural Centre, a year round facility that promotes Irish culture, language, sports, and learning throughout the year.
Find year-round details of the Irish community in New England by visiting IrishMassachusetts.com.

Posted by irishboston.blogspot.com at 5:57 PM No comments: 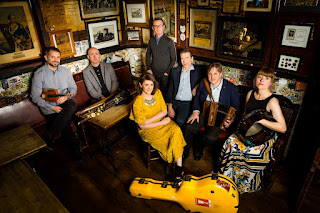 Danu, one of Ireland's top traditional music ensembles, is playing at the Shalin Liu Performance Center in Rockport on Saturday, March 9, 2019.

The Boston Irish Tourism Association is giving away a free pair of tickets to the show.  Enter the contest here and check back for the winning name on March 6.

Based in County Waterford in 1995, Danu has been performing around the world, thrilling audiences with its distinct sound and mastery of the music.   It has won numerous awards from Irish Music Magazine and the BBC.

Here is a schedule of upcoming concerts at Shalin Liu Performance Center.

Find year round details on Irish activities in New England by visiting IrishMassachusetts.com.
Posted by irishboston.blogspot.com at 9:03 PM No comments:

The Boston Irish Tourism Association (BITA) is giving away free pairs of tickets to a dozen performances in New England.  They include Danu, A St. Patrick's Day Celtic Sojourn,  Celtic Woman, Dougie MacLean, Eileen Ivers and Nathan Carter as well as the play Once and a new Irish film, Float like a Butterfly.

BITA was formed in 2000 to promote the region's Irish cultural activities and to strengthen travel ties between New England and Ireland/Northern Ireland/Scotland.

Here is a calendar of March activities for St. Patrick's Day season.

Posted by irishboston.blogspot.com at 9:10 AM No comments: 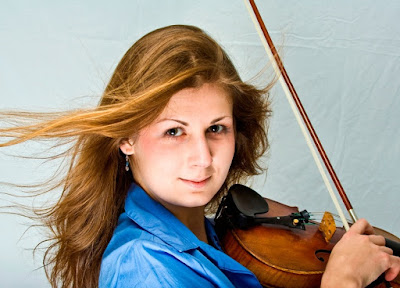 Here is a schedule of upcoming concerts at Blackstone River Theatre, located in Cumberland, Rhode Island.

Posted by irishboston.blogspot.com at 9:57 AM No comments: Here is information on other New England Irish activities in March 2019.

BITA publishes three issues of Travel & Culture magazine in March, June and November.  The free magazine, available at tourism outlets, hotels and cultural venues, focuses on Irish cultural activities in Massachusetts and the New England states, as well as travel to and from Ireland and Northern Ireland.

See current issue of Travel & Culture here. Past issues can be viewed in our archive.

Posted by irishboston.blogspot.com at 9:32 AM No comments: 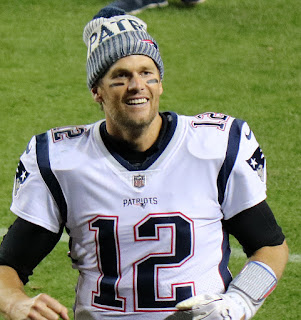 When he was drafted by the New England Patriots as sixth round pick in 2000, quarterback Tom Brady was actually returning to his ancestral family roots that began a century and a half earlier.  Brady’s family emigrated from Ireland in the mid-19th century, fleeing the Irish famine, and settled in Boston before heading out to California where Brady was born and raised.

Boston Globe reporter Bob Hohler wrote an excellent account of Brady’s family history, based on research by Jim McNiff, an amateur genealogist "who helped produce the first public evidence that Brady’s father’s paternal lineage extends deep into the history of Boston, where the Patriots great would gain his fame and fortune and make his home.”

Hordes of Boston’s new Irish had survived treacherous Atlantic crossings on packed vessels called coffin ships because so many died. Many contracted typhus on the ocean journey and cholera in their new city. They found work where they could, men generally as laborers on the wharves, women as servants in the homes of the privileged descendants of Boston’s early settlers.

Like many immigrants during this period, John and Bridget Brady stayed in Boston for a few years before heading west with Bridget’s sister Ann and her husband Lawrence Meegan.  They settled in San Francisco, where they lived in the Mission District.  Brady’s ancestors, McNiff reports, included a professional baseball player, a fireman and a police sergeant turned newspaper reporter.

Courtesy of Find a Grave

Brady has referred to his Irish ancestry numerous times, including in 2009, when the Patriots played in London.

“My father is 100 percent Irish. We took a trip over there together and visited some of the places where my family came from,’’ Brady told Irish America Magazine. “That was a great experience for me, and obviously I am very proud of my Irish roots.’’

Brady continued, “I’ve really enjoyed my time over there. Anyone who’s been over to that part of the world comes away with a greater sense of history.”

For more in Boston Irish history and heritage, visit IrishHeritageTrail.com.

Posted by irishboston.blogspot.com at 10:52 AM No comments: