The Burren Pub in Davis Square, Somerville, is proud to sponsor the 4th annual Benefit of Music for the Somerville Homeless Coalition, taking place at 7:30 p.m. on Wednesday, November 30,2016.

Tickets are $35 and can be purchased at the door.  100% of the proceeds go to the Coalition.

Find out more about Boston's Irish community by visiting IrishBoston.org.


Posted by irishboston.blogspot.com at 6:14 PM No comments: 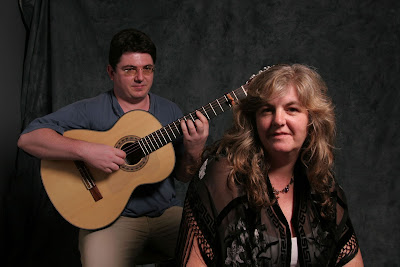 Irish traditional duo Niamh Parsons and Graham Dunne perform in concert at the Irish Cultural Centre in Canton on Saturday, December 3, 2016 at 7:30 p.m.

Parsons has "one of the most beautiful voices in Ireland," according to Irish Music Magazine, whose "ornamentation breathes new life into these beautiful songs," says legendary singer Andy Irvine.  She is also an All Ireland concertina player, while Dunne is a multi-instrumentalist and also a great singer.

The duo are performing an evening of traditional melodies as well as some Christmas songs.

Here is a calendar of upcoming events at the Irish Cultural Centre.

For year round information on Boston's Irish scene, visit IrishBoston.org.

Posted by irishboston.blogspot.com at 6:48 AM No comments: 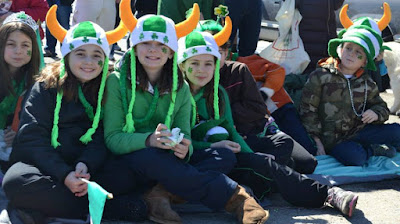 Spectators at the Patrick's Parade on Cape Cod

The parade season begins on Saturday, March 4, with the Cape Cod Patrick's Parade, and finishes up on Sunday, March 19 with parades in Abington, Boston, Holyoke and Scituate.

Stay tuned for updates on other parades taking place in the New England region.

Here is a list of Irish cultural activities in March 2017 in New England.

For year round information on Irish cultural events and organizations, visit IrishMassachusetts.com.

Posted by irishboston.blogspot.com at 3:38 PM No comments: 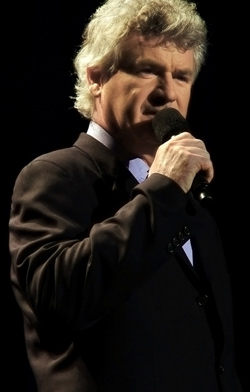 Acclaimed Irish tenor John McDermott performs a benefit concert to aid the St. John's Food for the Poor program in Worcester at 6:00 p.m. on Sunday, November 20, 2016.

The concert takes place at Fiddler's Green Pub in the Worcester Hibernian Cultural Centre at 19 Temple Street.  Tickets are $25 at the door.

McDermott gained international fame as a member of the Irish Tenors and has since had a successful solo career.  He is well-known for his devotion to charitable causes, from helping veterans get housing and health care to providing for poor and homeless citizens in Canada and the United States.

Here is a profile of McDermott from 2015.


Posted by irishboston.blogspot.com at 10:40 AM No comments:

Once: the Musical Performs One Night at Fine Arts Center, Amherst on December 1

Once: The Musical is coming to the Fine Arts Center at University of Massachusetts in Amherst at 7:30 p.m.  on Thursday, December 1, 2016.

The Boston Irish Tourism Association is giving away a free pair of tickets to see the show.  Enter the contest here. Or, you can purchase tickets directly online to see this Broadway hit.

Winner of eight Tony Awards, including best musical, Once is an engaging, heartwarming story of two musicians who meet on the streets of Dublin and pursue their hopes and dreams.

Posted by irishboston.blogspot.com at 8:58 AM No comments: 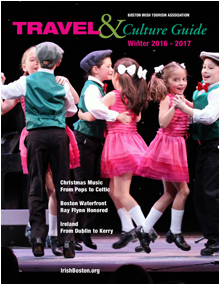 The 28-page color magazine details upcoming holiday concerts, dances and theatre in and the region from November 2016 to March 2017. It lists selected Irish pubs, gift shops and cultural groups in the plus hotels and travel agencies for visitors from out-of-town.

Among the features in this issue are profiles of Ray Flynn, who was honored recently by the City of for his distinguished career, and Séamus Connolly, whose much awaited collection of Irish music was posted at .

Also featured: details on celebrating Christmas and New Year’s in , , and a preview of new direct air routes from New England to in 2017.

The Guide is available for free at tourism centers across the state and at museums, hotels and cultural venues. See distribution centers.

The Boston Irish Tourism Association was formed in 2000 to promote cultural tourism year round. It publishes three travel and culture guides each year, and created an Irish Heritage Trail highlighting Irish landmarks in and around the state.

For further details on the festivals and concerts, as well as year-round Irish and cultural activities, hotel packages, gift shops and Irish pubs, visit IrishMassachusetts.com.

More than 24% of residents in claim Irish ancestry, making it the most Irish state in the , according to the US Census.

Posted by irishboston.blogspot.com at 12:23 PM No comments:

Author Ellen B. Alden Speaks at the Irish Cultural Centre on Friday, November 18, 2016 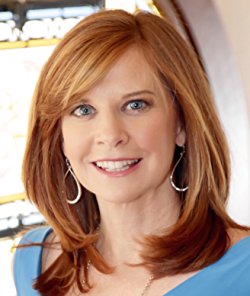 Author Ellen Alder is speaking about her book “Yours Faithfully, Florence Burke” at the Irish Cultural Centre at 7:00 pm, on Friday, November 18, 2016.

Alder's book is based on the life and times of Florence Burke from County Cork, Ireland - the author's great, great grandfather, who fought in the Union Army during the American Civil War.  Details here.

Click here for a full schedule of upcoming events at the Irish Cultural Centre.

For year-round activities in Massachusetts, visit IrishMassachusetts.com.
Posted by irishboston.blogspot.com at 7:13 PM No comments: 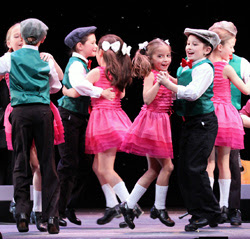 The Boston Irish Tourism Association (BITA) is giving away choice tickets to some of the best Christmas holiday shows in New England this December. Here is the full schedule.

Acts range from Once: The Musical and the Vienna Boys Choir to Irish holiday shows like A Christmas Celtic Sojourn with Brian O'Donovan; A Joyful Christmas with Eileen Ivers; Irish tenor Ronan Tynan; and a great new Irish duo, Eamonn McCrystal and Chloe Agnew.

In addition to the contests, BITA has a full December calendar listing dozens of great shows, from the Boston Pops Holiday series and Reagle Theater's to Christmas in Newport and Blackstone River Theatre's Holiday Spectacular.

Posted by irishboston.blogspot.com at 8:06 PM No comments: 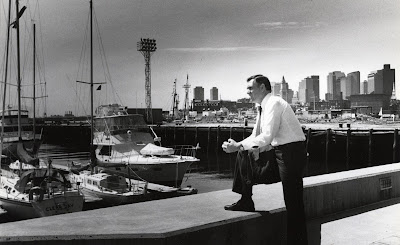 Flynn, who served as Boston mayor from 1984 to 1993, and U.S. Ambassador to the Vatican from 1993-1997, is an iconic figure in the Boston community, with a lifelong commitment to public service, speaking out for the underdog, and fighting for people from South Boston and Roxbury to Poland and Northern Ireland.

Flynn is also known as a gifted athlete, a devout Catholic, and a politician who helped to heal the divide across Boston neighborhoods throughout his public career.

“Naming this facility for Ambassador Flynn is symbolic of so much of what he has fought for every day over a 45-year career in public life,” said Francis J. Doyle, co-chair of the city commission that recommended the honor for Ambassador Flynn. “He is a lifelong South Boston resident who built a reputation in Boston and around the world as a bridge builder, the champion of working families, of bringing people together across divides of race, opportunity and nationality. Everybody counts in Ray Flynn’s Boston. Whether you arrived here yesterday or many generations ago, upholding the dignity and respect of all was the guiding principle. He continues the good fight today for social justice and religious freedom.”
The Raymond L. Flynn Marine Park will comprise the current Marine Industrial Park, owned by the City’s Economic Development and Industrial Corporation (EDIC). It is a 191-acre site. Formerly an Army/Navy base, the site was nearly empty and abandoned until the property was granted to the EDIC between 1977 and 1983

In their report to Mayor Walsh and City Councilor Bill Linehan making recommendations for ways to honor Ray Flynn, the Flynn Commission said,

“The Park is about what the Flynn Administration was about: economic development that creates jobs. It is now home to over 200 businesses and more than 3,000 employees. It supports major seafood processing and wholesale companies. They join the Boston Design Center; ad agencies; research organizations; life sciences; and clean-energy companies in the bustling Raymond L. Flynn Marine Industrial Park. Given all that Ray Flynn stands for, we can think of no more appropriate place for the Flynn name to stand."
Flynn is known for building social and economic bridges that linked a prosperous downtown to affordable housing, jobs, and other opportunities for better lives in every neighborhood. The mayor earned wide national recognition and many awards for his leadership on reducing homelessness and ensuring quality housing and health care for homeless individuals and families. The City partnered with community development corporations, unions and other like-minded organizations to develop affordable housing across the city.

Posted by irishboston.blogspot.com at 9:10 AM No comments: 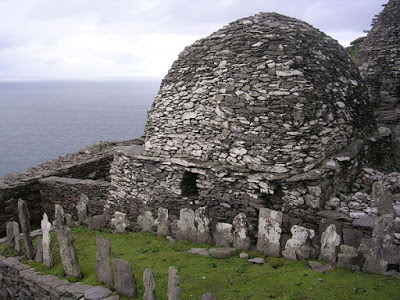 The Skellig Ring is a coastal drive that is an extension of the famous Ring of Kerry on the – described in Lonely Planet's Best in Travel 2017 as "perhaps 's most charismatically wild and emerald stretch of coastline".


Other destinations on Lonely Planet's  2017 winners include Taranaki in , the Azores in , Aysén in , the Tuamotus in French Polynesia, Coastal Georgia in the  Choquequiro in
Skellig Michael was one of the film locations for Star Wars: The Force Awakens. It is also a UNESCO World Heritage site.

Here is more information about visiting Ireland.
Posted by irishboston.blogspot.com at 4:14 PM No comments: 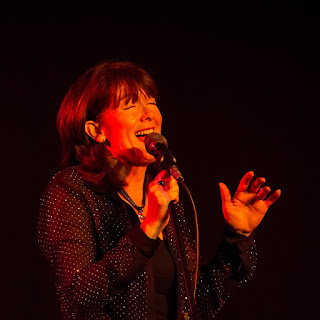 Irish singer and concertina champion Ann Kirrane is performing with guitarist and singer Gabriel Donohue at the Irish Cultural Centre in Canton at 7:30 p.m. on Friday, November 4, 2016.

Tickets can be purchased at the door the evening of the concert.  Call 781 821-8291 for more information.

A member of the notable Bellharbour, County Clare family of traditional musicians, Ann is three time winner of the All Ireland Championships on the concertina.  Her new CD is Behind Yon Mountain.

Galway native Gabriel Donohue is a master musician and singer/songwriter who is a noted guitarist, pianist and bouzouki player.

Here are more upcoming events at the Irish Cultural Centre.

Posted by irishboston.blogspot.com at 7:15 PM No comments: