Showing posts from August, 2012
Show all

Over 35,000 American football fans are traveling to Ireland this weekend for a classic match up between Notre Dame and Navy taking place at Aviva Stadium in Dublin  on Saturday, September 1, 2012.  It's part of the Emerald Isle Classic , sponsored by Tourism Ireland . Leo Varadkar , Ireland's Minister for Transport, Tourism and Sports, called the event “a massive tourism boost” that would contribute €100 million to the Irish economy. The event is a preview to The Gathering 2013 , a year-round celebration of all things Irish taking place throughout Ireland next year. You can find year round details about visiting Ireland at DiscoverIreland.com , or checking it out on Facebook . For information on special tours to Ireland, check out Inroads Ireland or Isle Inn Tours . To find out about Irish cultural activities in Massachusetts and the New England states, visit IrishMassachusetts.com .
Post a Comment
Read more

Free Admission at JFK Library in Boston on Friday, August 31 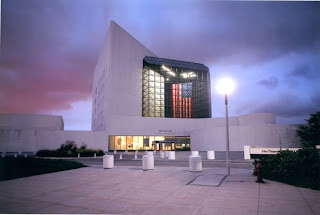 The John F. Kennedy Presidential Library at Columbia Point in Boston's Dorchester neighborhood is offering a free Friday to visitors, taking place on Friday, August 31, 2012. The free admission is made in partnership with the Highland Street Foundation of Boston, which helps support museums and educational venues across Massachusetts each summer for families and visitors. You can also follow the JFK Library on Facebook. or learn more about the 50th anniversary of President Kennedy's administration by following JFK50 For more about President Kennedy's Irish heritage, visit Welcome to Kennedy Country , published by the Boston Irish Tourism Association .  For details about Boston's Irish heritage, visit IrishHeritageTrail.com For tourist information, go to MassVacation.com and BostonUSA.com .
Post a Comment
Read more 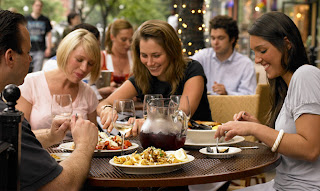 Gaelic Storm, the popular Irish-American band that appeared in the movie Titanic , is performing at the Lowell Summer Music Series at Boarding House Park in downtown Lowell on Friday, August 24, 2012 at 7:30 p.m. The Boston Irish Tourism Association is giving away a pair of free tickets to the show. Here's how to Enter the Contest. Or, you can purchase tickets to the show online .  Tickets are $18 in advance and $25 the day of the concert. Here are directions for Boarding House Park , and a schedule of remaining Lowell Summer Music Series concerts into September. Find year round details on Irish cultural activities in Massachusetts and the New England states by visiting IrishMassachusetts.com . You can also find visitor information at MassVacation.com and VisitNewHampshire .
Post a Comment
Read more

The Locals , an Irish duo featuring Cormac Marnell and Brian Mooney, is performing at the Irish Cultural Centre on Sunday, August 19, 2012, starting at 7:00 p.m. at the Tent outside the main building.  The performance is free and open to the public. Located in Canton, Massachusetts , located just outside of Boston, the Irish Cultural Centre is a year round facility that promotes Irish culture, heritage and sports.  For more information, call the Centre at 781 821-8291.   You can find year round details on Irish cultural activities in Massachusetts and the New England region by visiting IrishMassachusetts.com . For tourist information, go to MassVacation.com or BostonUSA.com .
Post a Comment
Read more

The Celtic Tenors and Ronan Tynan are performing in Massachusetts at the South Shore Music Circu s on Augustt 10 and the Cape Cod Melody Tent on August 12, and the Boston Irish Tourism Association is raffling off a pair of free tickets to each show. To enter to win, go to BITA's Contest Page and submit your name.Winners will be announced on August 8. Or you can purchase tickets directly at the Music Circus or Melody Tent. You can find year round information on Irish cultural activities in Massachusetts and the New England states by visiting IrishMassachusetts.com . For visitor information go to MassVacation.com .
Post a Comment
Read more

The Irish Cultural Centre is holding its annual Children's Celtic Culture Camp on August 13-17, 2012 at its headquarters in Canton, Massachusetts , located just outside of Boston. The day camp runs from 9:00 a.m. to 3:00 p.m. and is suitable for children in grades one through eight. Children can select educational classes in step dancing, musical instruments, Irish language, arts and crafts, storytelling and literature, and Irish sports, including football and hurling. Here is the Children's Celtic Culture Camp brochure with more details, or call the Centre at 781 821-8291.  To find out more about the Irish Cultural Centre, click here You can find year round details on Irish cultural activities in Massachusetts and the New England region by visiting IrishMassachusetts.com . For tourist information, go to MassVacation.com or BostonUSA.com .
Post a Comment
Read more
More posts