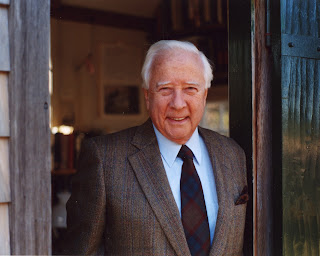 American historian David McCullough has been awarded the 2011 John Fitzgerald Kennedy National Award which is given out annually each March by the Holyoke St. Patrick's Day Parade committee in western Massachusetts.

The March 2010 recipient was Dan Rooney, US Ambassador to Ireland and owner of the Pittsburgh Steelers.

McCullough, a native of Pittsburgh of Scots-Irish descent who now lives in Massachusetts, is a two-time winner of both the National Book Award and the Pulitzer Prize, and has been called a "master of the art of narrative history."

His most recent book, 1776, has sold over 3 million copies.  His previous work, John Adams, is one of the most widely-read American biographies of all time, and was made into a seven-part mini-series on HBO in 2008.

In accepting the award, McCullough wrote "what an honor, and how thrilled I am, not to say my whole family," to accept the invitation.

For year round Irish cultural activities in Massachusetts and the New England states, visit IrishMassachusetts.com.