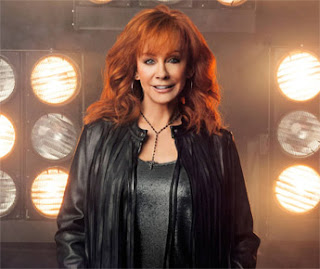 Reba McEnitre, one of the most successful female recording artists in history, performs at the Koussevitzky Music Shed in Tanglewood at 3:30 p.m. on Sunday, September 1, 2019.

Reba has sold over 56 million albums worldwide and is a member of the Country Music Hall of Fame and Hollywood Bowl Hall of Fame. She has won 15 American Music Awards; 13 ACM Awards; 9 People’s Choice Awards; 7 CMA Awards; 2 GRAMMY Awards; an ACM Career Achievement Honor; and is one of only four entertainers in history to receive the National Artistic Achievement Award from the U.S. Congress.

Located in Lenox, Massachusetts, Tanglewood is one of the great musical venues in New England.  Read this story on summer 2019 activities at Tanglewood.
Posted by irishboston.blogspot.com at 3:55 AM