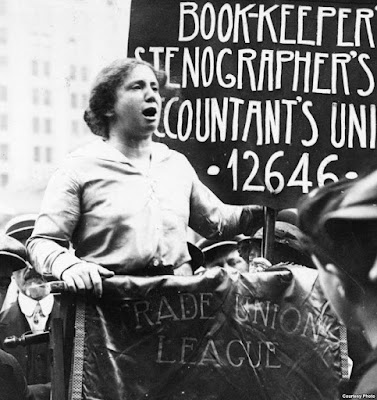 In celebration of the 100th anniversary of the signing of the 19th Amendment (August 26, 1920) giving women the right to vote, here's our shout-out to Mary Kenney O'Sullivan (1864-1943), tireless labor organizer and suffrage leader during her accomplished life.

Born in Missouri to Irish immigrants, Mary worked in Chicago and New York as a union organizer before moving to Boston’s South End in 1893. She organized rubber makers, shoe makers and garment workers, shops where women were paid poorly and suffered bad working conditions.

When her husband John O’Sullivan died, she continued her work, creating the National Women’s Trade Union League and taking part in the Bread and Roses Strike in Lawrence, MA.

She wrote an important broadside, Why the Working Women Need the Vote, that was widely circulated and an influential part of the debate. 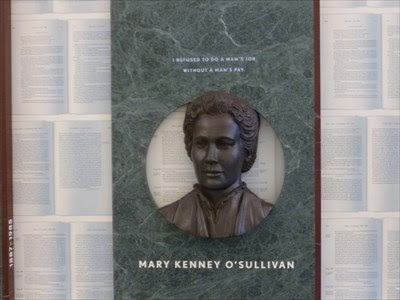 The Massachusetts State House has a plaque entitled Hear Us, honoring Kenney and five other women.  The literature that accompanies this exhibit, written by Ellen K. Rothman of the Massachusetts Foundation for the Humanities, describes Mary Kenney O'Sullivan in this way:

As leader of the WTUL, Mary O'Sullivan forged alliances between middle-and working-class women.  A leader in Massachusetts reform circles, she focused her efforts on woman suffrage, housing for the poor, prohibition, and pacifism.  However, her highest priority remained the advancement of working women.

Posted by irishboston.blogspot.com at 3:47 PM